Here's the extraordinary video which was uploaded to YouTube by UFO News, guy's this is an exceptional quality UFO sighting.

Well, if you're a frequent visitor of my website and are wondering what I've been talking about lately... It's flying saucer shaped UFOs.

We don't see them like this hardly anymore and that's because they don't usually get filmed with a proper smartphone, it's normally a potato or a common house brick. Okay, funny side, set aside because it's in the Tic Tac shape of the classic UAP look. But I'll tell you now, that's not a Tic Tac UFO because it's filmed in the visible part of the light spectrum. You should know that the UAP Tic Tac shaped UFOs are only visible in the Infrared part of the spectrum. 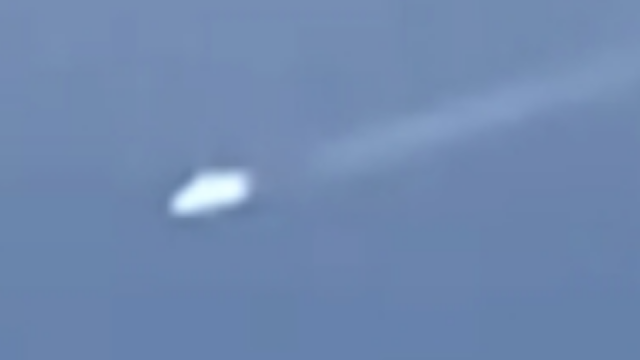 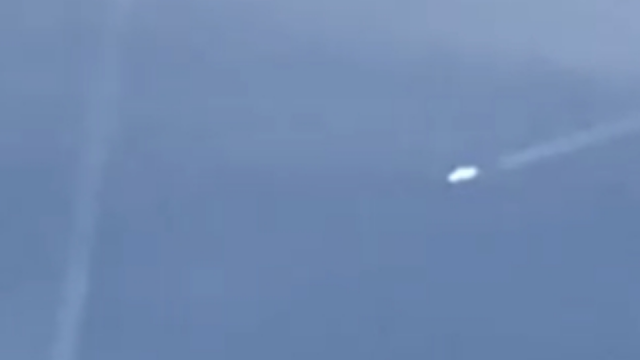 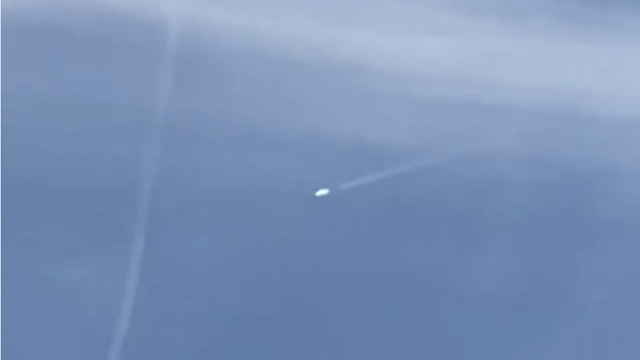 Filmed by the US Navy Jet pilot's, they used their Jet's Flir forward cameras. Personally I think that it's such a coincidence that the Jet's "just so happened" to have the required camera fitted...

You've probably heard of many UFO videos, but you have never seen one in a Tic Tac shape! I've always been a fan of UAPs and they are one of the first things that I normally look out for online when I'm doing my research. But having said that, I do like a good old fashioned normal (in the visible spectrum) phenomenon as well because there's more to it than just seeing the object. The classic UFO videos tend to make for a better investigation. These UFOs don't come with a story, they only come with two thing's which is time, and date.

If you're not familiar with this type of UFO, the term UAP stands for an Unidentified Aerial Phenomenon. They are commonly referred to as UFOs and although many of their appearance is due to hallucinations, it seems there are some real ones out there too. This one was found on London Road filming an airliner touchdown after take off at Heathrow.

I wonder how many times a day does an extraterrestrial intelligent life form visit our planet? Maybe it is closer to five, maybe only once or twice. The reality is that we do not have enough knowledge about this subject to answer this question specifically and that's why we desperately need to have the Government get involved so that we can then get funding to investigate and research the extraordinary evidence which os occuring on a daily.

I think it would be nice if aliens visited us one day. If I was going to bet on it happening in my lifetime I probably would, but who knows? The one thing that would worry me though is what the hell they'd look like? They could be tiny and insect like (not a big fan of those type of aliens) or they could be big and freaky looking or the Alien Greys (big fan of these).

Here's the brilliant UFO sighting video which was uploaded to YouTube by UFO News:

I really don't think that this is going to be a decisive "Tic Tac" sighting, they are practically everywhere across the globe and are documented by thousands of people. It's just an exciting UFO sighting that was filmed in exceptional quality, so I decided to write about it.

If you could share this post with someone, I'd appreciate it. Leave your thoughts and opinions on what you think of this video, cheers.