Bigfoot sighting in Hickory NC USA has a huge Gorilla like species sat right in front of him and he caught the thing on camera. This is a good video.

I totally understand your skepticism, but I also understand why you might believe this so much as the parallels between Ufology and Bigfoot are definitely similar in a few ways and I'll explain this now.

To start with, I'm right there with you by your side looking into this as I don't look down on anyone who has different beliefs to myself and I don't make fun of such people. It's important to me to point that out straight off the bat because Bigfoot believer's have faced the same ridicule and same contentious actions directed equally as UFO believer's. Here's the information.

Apparently Doug Teague saw 3 Bigfoot sighting's in the 10 minute long video he recorded. This is an update with a new video I've added to the bottom of this post Sat, 13th August 2022. 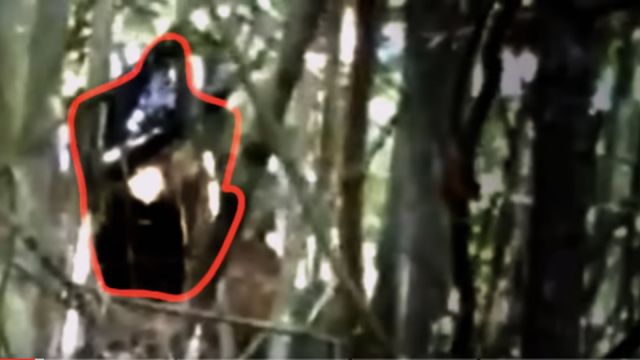 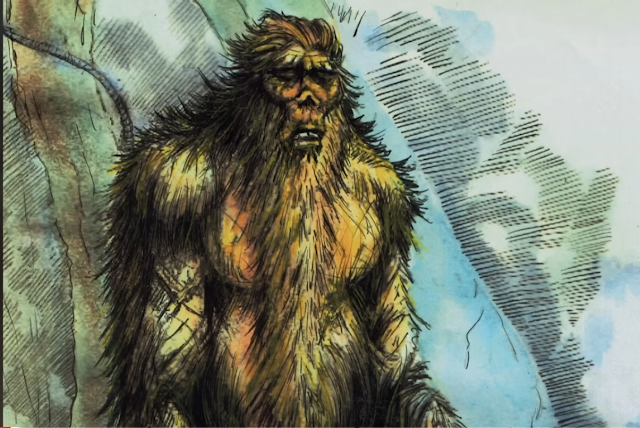 We're not hearing the dog barking which you'd absolutely 100 percent expect to hear because it's something new, it's another animal in the midst, the dog would definitely, definitely be able to smell this Sasquatch. And if this indicates that it's a hoax, we need to ask ourselves "why?" Why would someone want to hoax a Bigfoot sighting? Is it because his beliefs and convictions are so strong that he feels the need to hoax it - just to keep it in the mainstream media perhaps? Or is it a genuine monster Bigfoot sighting in North Carolina.

A 1958 article covering a curious set of enormous footprints cemented the name “Bigfoot” in the American lexicon.

Bigfoot sightings across the United States have clocked in at around 23,000 encounters in total since the late 1800s. These encounters range from the harrowing reports of 20th-century loggers to a perplexing 1967 video that still draws awe and speculation to this day.

All That Is Interesting

There's evidence of Bigfoot, which the last time I checked this is what proved a once theory and brought it into the scientific world of fact! It obviously takes more than just proof or evidence beyond a shadow of a doubt which is literally crazy. To be honest with you, there's even less proof in many cases of Ufology and they're believed. You can't make it up because it's almost like we're dealing with a person who has a stack of evidence in their hands but throws it all up and over their shoulder and say's "I don't care about the evidence" I still don't believe it!

And if you look at the way "phenomena believer's" have been treated all the way across the ages it's been a relentless attack either aggressively or passive aggressively by using jokes which are aimed at Bigfoot believer's and it blooming hurt's. Disagreeing with the evidence of Bigfoot is totally different to ridicule. I can say that by drawing on the similarities between Ufology and Bigfoot research.

Just because we don't "want to believe it", that doesn't mean we shouldn't look into it or accept that other people believe in this unusual, fringe phenomena because that's exactly what researching is all about. It's about going wherever the story takes you.

I'm probably at the top of the list when it comes to people not believing in Bigfoot but I am curious and interested in the different and the bizarre. I'll follow the evidence wherever it takes me, does that make me a believer "absolutely bloody not" and it's a stigma that follows a lot of phenomena. Just looking into it means people might, no they will be stigmatized and ridiculed because we're talking about human beings which to be quite frankly can be the worst!

This video below is the famous Patterson-Gimbal video. Source: Patterson-Gimlin film, it spans 59.5 seconds and remains hotly contested as to whether or not it is an authentic Bigfoot sighting.

Here's the really interesting video that was uploaded to YouTube by the History Channel:

Here's the new video (below) which mentions the 3 Bigfoot sighting's in the 10 minute long video: