Russia wants to build a bridge to North Korea. Literally.

This is a really bad idea!
The one with Russia is just 11 miles, following the Tumen River and its estuary in the far northeast. There is one lone crossing, dubbed the “Friendship Bridge.” It opened in 1959 and offers the two nations a fairly basic rail connection. This week, amid a period of relative calm on the oft-tense Korean Peninsula, Russian representatives traveled to North Korea to discuss an idea: They should open another bridge.

Though the planning appears to be at a preliminary stage, it may show that Russia and North Korea are looking toward a trading future beyond sanctions and military tensions. The two nations have long suggested a crossing that would allow vehicles to go between them without a lengthy detour through China. And Wednesday, the Ministry for the Development of the Russian Far East announced in a statement that the two sides would create a working group on a new crossing.

“There are 23 automobile checkpoints between [North Korea] and China, and not one with Russia,” the ministry quoted Ro Tu Chol, a North Korean minister, as saying during the meeting. “Currently, when importing goods from [Russia’s far east], they do not come across the border with Russia, but through China. This greatly extends the path.” 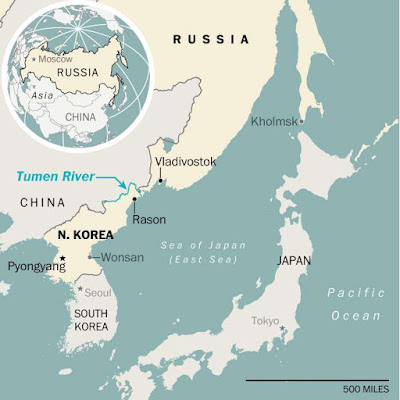 I bet you didn't know it was that close did you?

The Russia-North Korea summit caught the attention of NK News, which reported that the two nations would “push ahead” with the new border crossing. Anthony Rinna, an analyst on Russian foreign policy in East Asia for Sino-NK, told the North Korea-watching publication that the new border crossing could be used to “alleviate any unforeseen problems, such as logistical or technical glitches that may undermine North Korea’s rail links.” The proposed bridge may be more noteworthy for its symbolic value than economic worth, said Benjamin Katzeff Silberstein, an associate scholar at the Foreign Policy Research Institute and co-editor of North Korean Economy Watch. Trade between Russia and North Korea is insignificant, Katzeff Silberstein added, largely because of multilateral sanctions imposed by the United Nations, but “there also seems to be a belief that in the longer run, trade will pick back up again.” 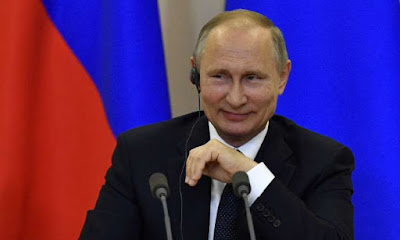 Russia and North Korea certainly have a trading history. During the Cold War, the Soviet Union was easily North Korea's most important financial ally, accounting for as much as half of North Korea's foreign trade during the 1970s and 1980s. It was only after the end of communism that Moscow and Pyongyang drifted apart, with Russia’s new president, Boris Yeltsin, seeking a closer relationship with Seoul.

Things improved when Russian President Vladimir Putin took power: He visited Pyongyang in 2000 and received adulating praise in North Korean state media. However, the economic links between the two nations did not increase by much: In 2013, Russia amounted to just 1 percent of North Korea's foreign trade, according to one study, far below China. Though both sides have expressed hope for better economic ties, one detail North Korea's international pariah status because of its pursuit of nuclear weapons has stood in the way.

Russia has supported a number of U.N. votes on sanctions against North Korea; in late December, new multilateral sanctions limited the number of North Koreans who can work in Russia and other countries, arguably the two nations’ most important economic link. Artyom Lukin, a professor of international politics at the Far Eastern Federal University in Vladivostok, Russia, said it was clear that trade between Russia’s far east and North Korea has been hit considerably in the past two years.

He said that the railway bridge had once been important for transporting Siberian coal to the North Korean port of Rajin in the city of Rason, where Moscow owns a terminal. “From this terminal, the coal is sent for export to Asian countries, mostly China,” Lukin wrote in an email. “At least, this was the case prior to introduction of tough sanctions on [North Korea] in the latter part of 2017.” 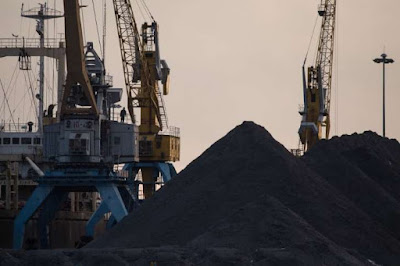 Occasionally, foreign tourists cross the Russian border on trains from North Korea. It happens so infrequently, according to one traveler, that border guards seem confused by it. For the time being, Lukin said, it’s hard to imagine Russian backers investing in a bridge. “The North Koreans will expect Russia to provide the funding,” he said. “However, no Russian investor, private or state-owned, will commit to the project unless the political risks related to North Korea subside considerably.”

If those risks subside, there are obvious benefits for Russia to invest in North Korea. While it is thought to be losing money, the terminal at Rajin port could provide Russia with an important regional foothold if sanctions were lifted. There are also hopes of eventually connecting to South Korea via rail — a move that could open up a freight route to and from Europe through Russia — or of a trans-Korean pipeline to provide Russian natural gas to both nations.

And so Russia appears to be keeping its economic options open in North Korea. Last year, a Russian firm gave North Korea a new Internet connection, apparently running fiber-optic lines over the railway bridge. Now the Russian state is planning a new bridge. “Sooner or later North Korea should come out of isolation,” Lukin said. “Then the bridge will be in high demand.” 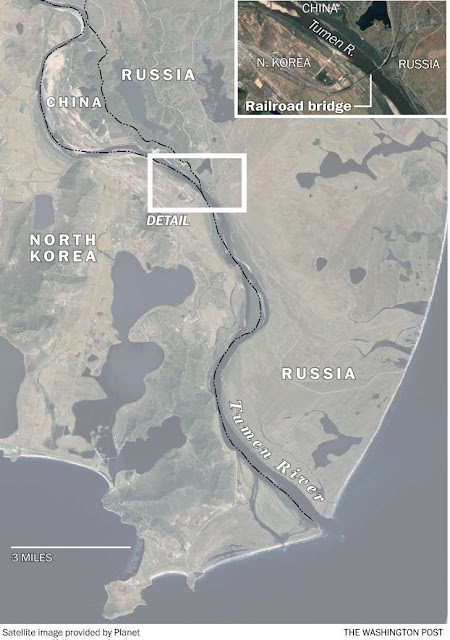