The science is video tampering, instinctive behavior analysis and to see if the contents were staged or placed in a specific manner with a specific theme to it i.e replicate a UFO crash site? For starters would it be possible to recreate this crash site? Is it likely to be on public property or private property and what kind of trees were they and where about's are them sorts of tree's grown? Has there been any tree's felled because of the UFO crashing.
Guys this is all speculation as far as believing this? Personally i'm not convinced but that doesn't mean anything when it comes to UFOs and Aliens because how the heck do I kn ow or have the authority to say yeah or nah? It doesn't matter we think and all that matters really is the science (in this case especially) to prove it or debunk it as a hoax?

I think we solve this further down this page?


The science is video tampering, instinctive behavior analysis and to see if the contents were staged or placed in a specific manner with a specific theme to it i.e replicate a UFO crash site? For starters would it be possible to recreate this crash site? Is it likely to be on public property or private property and what kind of trees were they and where about's are them sorts of tree's grown? Has there been any tree's felled because of the UFO crashing? The lack of smoke and the lack of obvious crash site debris?

You see guys, this for me is like giving away trade secrets because in the future some people may see this post and it could help them in staging another UFO crash site - they could read this and think "oh yeah" let's deploy these tactics and engage them kinds of elements to the new and bigger and better but still "staged UFO crash site" to make it look as authentic as possible? So yeah, it's like a double edged sword when writing this sort of stuff isn't it?

But we have to mention these things because without it people could overlook something which could either send the investigation forward or make it come to a grinding halt! People need the science and in's and out's of how to stage a UFO crash site otherwise they can't make an informed decision or add to their existing knowledge and if applicable, erase some knowledge because we gave them the answer(s) they were looking for?

UFO Sightings Footage is and always will be independent from any and all outside influences and we'll never take sides (unless we've made an informed decision one way or another and we definitely won't fight anyone's arguments?

Questions and answers are a logical process of figuring out all the truths! All we want to do is get to said truth's with the best possible available information? Research and dotting your i's and crossing the T's is how one get's there? If something is missing and doesn't seem right or if it doesn't sit right with you, then you need to figure that out separately? Human feeling's will always propel one's motives? Learning how to separate them is crucial to Ufology?

Just because I believe in UFOs and Aliens doesn't mean i'm going to agree with every and all cases right? It just doesn't work like this? Ufology is a very controversial subject and instantly conjures up images of a crank wearing a tinfoil hat? But nowadays some people can get past that and see the bigger picture? It's because for years the popular news outlets have painted a portrait of believers in this light!

This is my favourite phrase?

If society was as corrupt as the few then living it would be a lie? If lies are what governs a life then I don't want to be governed by the lies?

This video was retrieved (apparently) from a former NASA employee. It was inside an encrypted file which was cracked open by an unknown source at this time? The video shows a UFO crashing due to a US army experiment. The UFO is seeing crashing into tree's on a mountain side, destination unknown at this time? A crew was sent out to investigate the crashed UFO. They found one alien to be alive. This video was sent to the "To the stars academy" for further investigation.

You see right there I have a problem with that? It's as if they wasn't expecting anyone in the UFO? I thought from what I read that it was an experiment conducted by the US Army? Therefore they must of known what was in side of it, right? Or, like sometimes am I getting the wrong end of the stick?

It also seem's that somebody forgot to tell the supposedly team sent out to investigate that team means more than two? But in the video I only heard one person scream like a kid? In my mind there was only one person? It "unfortunately" at this time as far as we can tell look's like another attempt at fooling the public, fooling the believers and a blatant attempt at defrauding whoever bought this "good, but not good enough" video?

So what happens from here on out?

We HAVE TO keep an open mind because it could still be an original "UFO crash site video?" It is likely to not be a "UFO crashed in the tree's". But a UFO crash site like this is still worthy of the full investigation which is afforded other UFO crash sites around the world? I always say, never say never?

Here is an image run through of what happened:

Now we can see the full shape of the UFO... 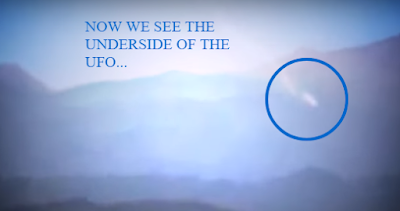 Now we go in to the forest to investigate the UFO, or is it?
The crashed "thing" in the below images is not the same as the "thing" which is coming in hard to crash? 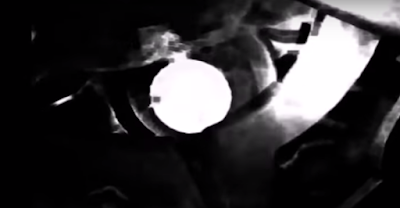 This in itself is strange because if it is still in tact, then this is not the same thing videos as it was coming in to crash?

THIS COULD BE THE FLAW IN THE WHOLE ARGUMENT... WHAT DO YOU THINK? HAVE THEY SLIPPED UP HERE? 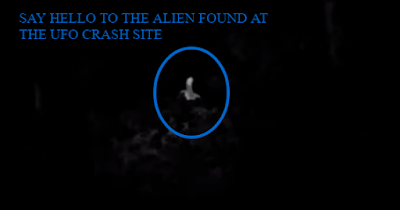 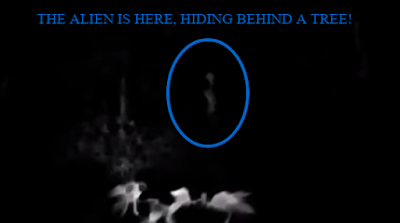