China Claims to Have A Real Laser Gun That Works

The first real laser rifle gun has been made and it's on the assembly production line. It's an amazing achievement by the Chinese government because it's them have control as it's a communist country don't forget. The push from them has been an admirable and memorable achievement because it will be looked upon in the future as the first true (which means the USA is not far behind or someone else has or is trying to claim the title? Hence right now if true there's someone else working on the same thing? But that's if true guys? China (getting back to or speaking of China) these guys are so dedicated to the job once started they are on it. They won't stop until it's done. The job get's prioritized and the job is everything. I'm just telling you how it got to this point? This is how. They have planned, designed and created the worlds first laser gun. it's bloody amazing stuff.You can't see the actual laser unlike the movies where you see every single laser blast. That's only for the movie. If the laser is fired you cannot see a thing in the emptiness between the laser gun and the target. All you see is an instant explosion, an instant reaction which is always a falling to the floor of the victim even a whopping kilometer away! That's an amazing and epic thing to have in your hands. It's in your bloody hands! It ain't a cannon (which is what the USA has at the moment). This can be hidden under your coat. It can be put inside a small carry bag? It can be concealed relatively easy and in such a very small space. That is why the Chinese laser gun is superior to anything on the market now? That's why they are number one. 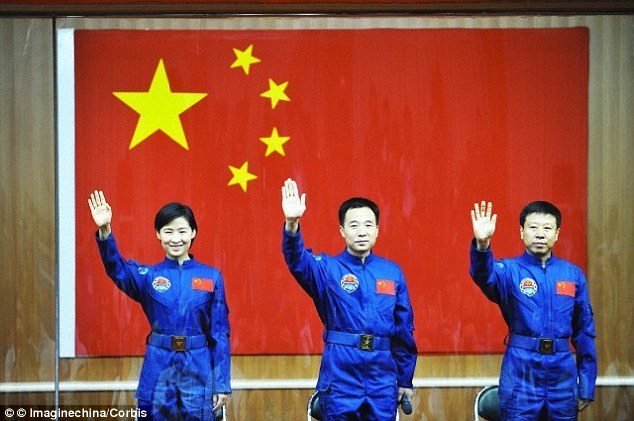 Don't write off the "Chinese National Space Administration" just yet! The laser gun from all the scifi movies you ever watched well it's now here. It's real it's in the flesh and bone - the future has officially arrived... and that's officially! This is not a drill, this is not a practice run. 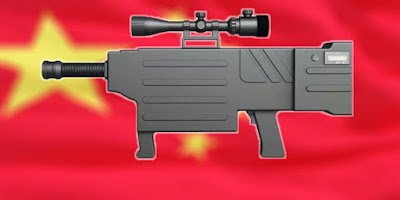 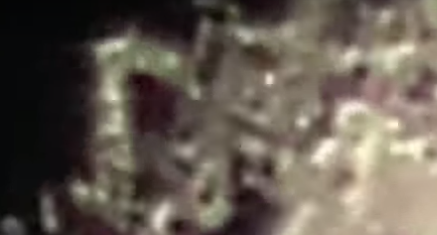 If you can say this "I remember the little LCD display on the stock" well then you are a time traveler? But if you can say "wow that's an amazing first" then it is surprise to you. Don't think time travel is not a possibility because in 1,000 years from now everything will of been researched, developed and everything is in place for "another" run. There has to be a beginning but it's a continuation is all. It's a continuation from the desert blast's that created the dry, inhospitable and desolate even "unnatural"deserts in the frickin first place.

I suggest you re-read "the dictionary" and you understand it and if it doesn't settle on your shoulders then you need to read it again until you have an epiphany and you have a realization and an understanding that what you've just read changes everything - forever!

The word forever means no end.

Yeah if your a time traveler. But still to the science nerds, the scifi geeks and the geek in between - everything you ever bought that looked like a laser gun needs to be pushed off the fireplace and prepare the shelves in the fridge for cartridges of little lasers? Duh, it doesn't take cartridges. It's an electric gun it plugs in for about 3 days (it is the first, don't expect anything less but it will get better it always has).

Back in the day when Jack Johnson 68 years 1878 - 1946 was knocking out pretenders, there was a guy called Nikola Tesla 86 years 1856 - 1943 and he was working on stuff that would enable this to exist. Both were big hitters and both was doing wonderful things for the first time ever in this reality. In this existence they was the first. We will never forget them as we will never forget the first laser gun.


I can remember watching a movie about spaceships in a fight and there was a winner and a loser (as you would expect) and I saw a laser that had been fired and I instantly thought I shouldn't be able to see that because as far as I know lasers don't have a streaking line all the way to the X point. I don't much about lasers but that I do know. 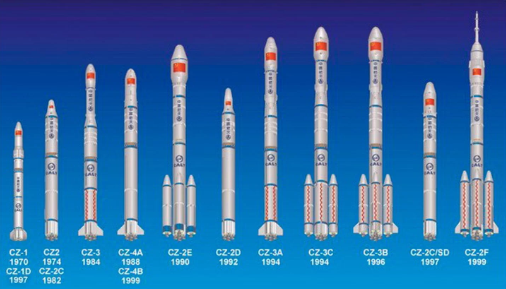 The academy is China's major player in developing liquid-fuelled rocket engines. It forms part of China Aerospace Science and Technology Corp, the major contractor for the country's space activities.

The Tiangong space labs are viewed as building blocks to gain technical and operational expertise to construct a larger space station in the 2020s. 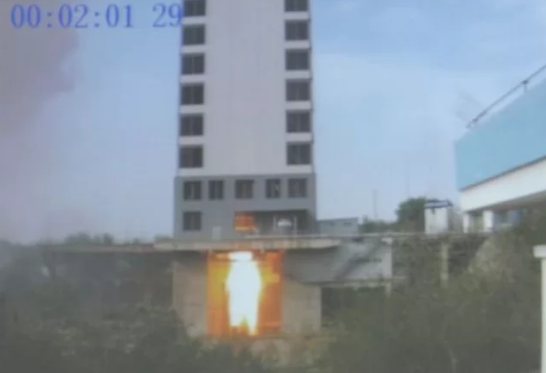 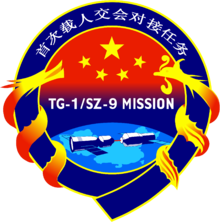 Shenzhou 9 mission, first Chinese manned spacecraft to dock with a space station. The most anticipated chapter in China's history even beating the Chin dynasty - now "Emperor Chin" at anything he could of produced?

As the US prepares for war in space, China’s bringing the space war home. Its ZKZM-500 laser assault rifle is reportedly capable of hitting a target from a kilometre away, igniting flammable objects, and burning through human skin. And it’s ready for production, the researchers behind the project claim.

A weapon that fires a destructive laser beam has been a dream of military researchers for decades. The US military has recently had some luck with huge laser-firing cannons that are intended to be mounted on ships or trucks and can take down a drone by burning through its body. But effective laser rifles for use by individual soldiers have been stuck in the land of fantasy. The South China Morning Post, however, spoke with researchers at the Xian Institute of Optics and Precision Mechanics (at the Chinese Academy of Sciences) who say they have developed a powerful laser rifle that will soon be in the hands of Chinese police who focus on anti-terrorism. From the report:

The 15mm calibre weapon weighs three kilos (6.6lb), about the same as an AK-47, and has a range of 800 metres, or half a mile, and could be mounted on cars, boats and planes... In the event of a hostage situation it could be used to fire through windows at targets and temporarily disable the kidnappers while other units move in to rescue their captives. It could also be used in covert military operations. The beam is powerful enough to burn through a gas tank and ignite the fuel storage facility in a military airport.

The gun is entirely silent and its beam is invisible, the vivid report alleges. A target wouldn’t know what’s happening, apparently, until a hole burned through their clothes in the blink of an eye and their skin and tissue experienced “instant carbonation” that, in the best case scenario, would leave a permanent scar. One researcher told the Morning Post that “the pain will be beyond endurance.” If the unfortunate target happened to be wearing flammable clothing, they could go up in flames, according to the report.

At £11,426 apiece, the ZKZM-500 sounds relatively inexpensive, especially if you consider that it doesn’t require traditional ammunition. The weapon’s lithium battery can apparently handle over 1,000 laser bursts that last around two seconds each. But even though that cost would be feasible for some civilians, the technology is expected to be restricted for military and police use only. Even that level of use could face push-back from other countries. As the Morning Post points out, the United Nations Protocol on Blinding Laser Weapons came into force in 1998 and has been signed by 108 nations around the world. It bans the use of weapons that are specifically designed to cause permanent blindness, but as part of the Convention on Certain Conventional Weapons, it lacks any real mechanisms for enforcement.

While hostage and anti-terrorist situations are being discussed as the most likely scenarios for these weapons to be used in the short-term, a promotional document uploaded to a Chinese government website and seen by the Morning Post also highlights its potential for use against “illegal protests.” China’s grip on the internet has tightened over recent years, making it more difficult to organize dissent. Going from firewalls to setting people on fire would be quite the escalation in the country’s high-tech war on its own people.

What's next after this Chinese "threat" or whatever you wanna call it? Demonstration is not what it is. It is a clear provocation and it's a definite willingness to show off their capabilities no matter what you call it? Gone are the day's of a circle of tanks to make it look like you have a never ending line of tanks. Gone are the days of the same pilots running from plane to plane through lack of said "pilots"? And certainly are the day's of sharing well and truly gone! If your holding back info, if your holding on to more than what you declare then you are not sharing as I call that lying. It's deceiving and yeah it is not going to fly. The day's of old are over. It's every country for themselves. China understands this and have just closed the gates. Japan has still got the gates open for now but will soon be closing them "as soon as they understand" what they've got?

JAPAN is what's next! Here's the Japanese threat catching up and don't be fooled by the skinny rocket, the cameras a long way off and it only look's that way. So yeah, right from the get go even Japan is trying to "slim down" it's actual ability. It's abilities are - as of now immeasurable and unnerving, unwavering to say the least because everything the Chinese know (state secrets, local and by genre by genre even cataloged if you want it that way? Itemized and alphabetical even numerical? If you want it on a silver, gold or Aluminum (to celebrate your upbringing) that's little hint of who you need to be looking at. 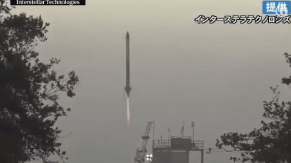