A Satan worshiper from Ghana has admitted to killing 675 people in order for his rituals. The Devil worshiper is a freak from Ghana wearing a Transformers mask on TV. this is terrible and what he describes is disgusting. 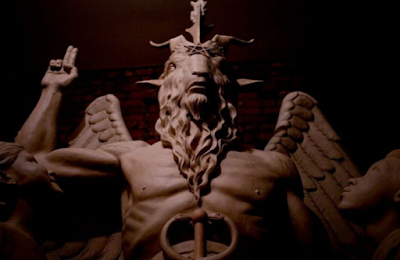 A young man from Ghana has published to the web, a video of himself describing something that many people still insist isn’t real. Active worship of Satan in the modern age. 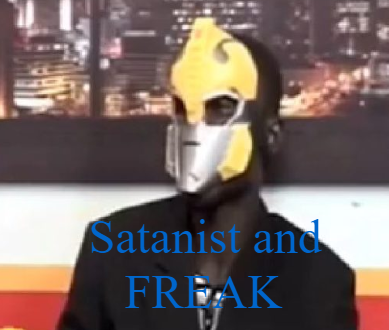 The man, who appears to be in his 30's and wearing a Transformers mask Bumblebee, is seen describing how he’s used some 675 people over the past 17 years as human sacrifices to the Father of Lies, with whom he says he’s had an active relationship.


Because the man was born into a “fully spiritual family,” he says he’s been Satan’s buddy almost since birth. But in order to maintain this relationship, the man says he was required by the god of hell to pay up in the form of human life. 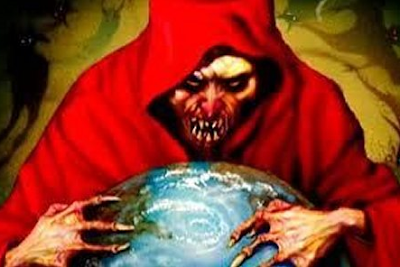 Of the 675 humans he’s sacrificed, the man says most of them were children that were given to him by doctors and nurses who were secret members of an occult group. During the course of his relationship with Satan, the man says he also had at his disposal 664 demonic spirits who helped him perform all sorts of evil acts. Many of these evil ghosts have names, he says, and can be beckoned at will by those who are satanically inspired.


According to the man, he’s hardly alone. There are many people who worship Satan where he lives, including many so-called “pastors” who are really just Satan’s agents in disguise. They go around preaching a message about Christ when, in fact, they’re agents of evil tasked with deceiving their followers. Some of these “pastors” claim to perform miracles, he says, but they either don’t work or don’t last. One common “miracle,” the distribution of “healing water,” is claimed to cure people from disease and deliver them from bondage. In some cases the “healing water” appears to work at first, only to have an affliction return later with a vengeance.

The original told on Humans Are Free story.
I'm not gonna show the video of him describing the vile hideous things but if you want to look it up, then do so. Here's the link to the video.


So the best thing about this is that the more people know that know about this evil, the better to get rid of it as Satan worship (especially in the USA) is on the rise because of things like the Ouija board, Harry Potter, Vampire Diaries, The Following, Horror shows and movies like Exorcism, Paranormal Entity, Lords Of Salem, The Devil, Satan etc etc and other types of incredibly naive things? It makes light of Evil. That's wrong.