A Huge, Massive Asteroid Type Object Has Been Detected And Scientists Say It "COULD BE REAL MOTHERSHIP?"

A UFO or asteroid type comet or debris (speculation is running wild) has just entered our solar system and it's bloody slowed down and is on course for the planet Earth. The tin foil hat community are probably going to be vindicated and looked upon as people whom knew what was to come and IS COMING! Scientists have announced this epic and historic event so it's not me just making anything up! Look it up, it's amazing and very scary? They are listening to it in every known frequency to see if it is trying to call us or say something?

That my fellow friends is not in anyway, shape or form a normal looking piece of space debris? It is an intelligently made spacecraft, mother ship or it could even be a scout ship looking for places to mine that have the amounts of minerals they need? Even though it slowed down, it could be a normal thing and a totally normal space eventthat happenened by some natural force that slowed it down?

BUT EXPLAIN THE ROUND BRIDGE TYPE OBSERVATION DECK ON TO OF IT?

This huge asteroid, comet or whatever you want call this thing (I say thing because it has apparently slowed down). In my own personal view it is what you call a UFHO? "Unidentified Fast as hell Object" Or rather it was fast as hell, but it's apparently slowed down and it look's like a mothership what with weird protrusions on it? For instance this image below shows what I mean;

So you please tell me what the hell is that thing on the apparent asteroid/comet? That is a bridge like on a ship, it's a forward looking post? It's a fricking scary as hell protrusion if you ask me?

ITS BLOODY SLOWED DOWN!

It's entered our solar system and slowed down and apparently it's on it's way? Did they get that friggin thing that so-called-Astronomers-astrologists-scientists or NASA, I forget off the top off my bead who sent out that satellite with the record in gold called the sounds of the Earth with bloody directions on how to get here? What a dick move that was? Stephen Hawking has said that we shouldn't of done that because we don't know who the heck is going to pull it on board and see the types of minerals the satellite is made of and think;

"GET IN, WE'VE JUST FOUND OUR NEW SOURCE OF GOLD, ALUMINIUM, COPPER" etc!

Set a new course for Earth and full steam ahead, when we get near or into their solar system slow down so we look like a normal asteroid comet or whatever? You get the picture? Sounds of the Earth, that's got to be the biggest dick move humanity has ever made? I say humanity and what I really mean is the idiots who thought of it and did it, they did the biggest dick move and if it is an Alien hostile entity we have them "people" to blame?

It reminds me of this; 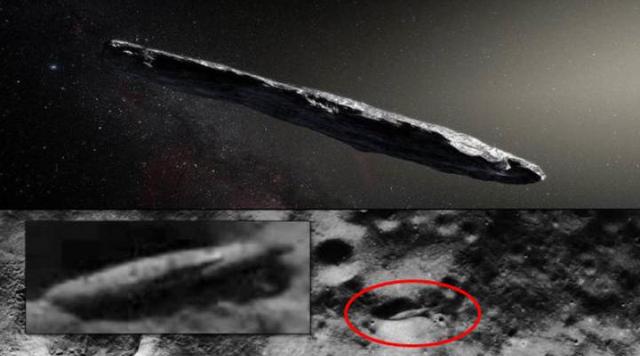 That thing looks just like it's twin OMG it's just dawned on me? The one that's just slowed down in our solar system could be another one come to rescue it, follow up on the work they we're doing or even come to retrieve the one on the Moon and it's occupants? You know the Mona Lisa - that's what we nicknamed one of the occupants that we recovered i think I have a image of it;

Another Alien recovered from the Moon? 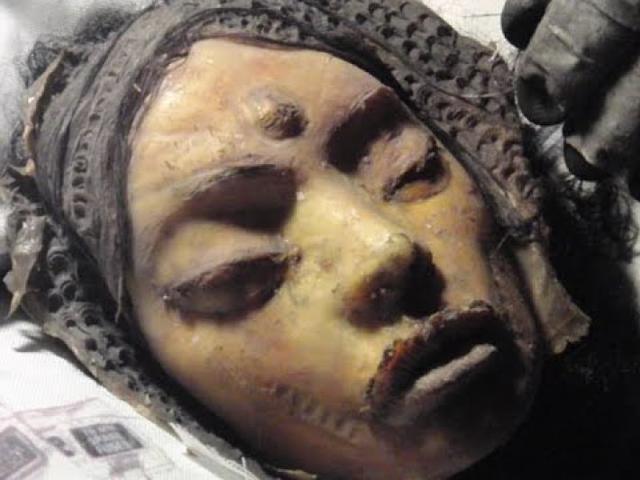 Here's a Gif of the other Alien that was recovered from same spaceship on the Moon;

Here is a Gif of the other Alien recovered from the spaceship on the Moon this is why they went to the Moon! This is why there was a space race to get to the frickin Moon it was to get to the Spaceship first and look at how technologically evolved the USA has moved forward since 1969 when they brought back alsorts of technological wonders and these Aliens! Just think about that for a second please?