Is there Alien technology on 433 Eros Asteroid (Video)

There is something really strange on 433 Eros Asteroid? It look's like something or someone put a machine on it? It has everything wrong with what an actual Asteroid looks like? I mean, there is nothing about this that could ever be linked to an Asteroid but yet here it is? It sit's right between OMG and WTF as far as I'm concerned and it needs to be looked in to? I don't mean have some so-called expert look at it and oh my, what an odd looking boulder? This is not a boulder NASA! Yep, seriously that's what NASA is calling this? It's laughable!
Alien looking TECHNOLOGY ON 433 EROS!

This is the strangest structure ( NASA is calling it a boulder) in the universe as far as i'm concerned because that so-called boulder doesn't look at all natural? Because let's face it, if it's on 433 Eros it must be a natural formation right, according to science it has to be a natural process that we're looking at? If we didn't put it there then it has to be put there by an Alien?

It has to many regular lines, edges, curves and the colour is not even close to looking natural so I have to ask the question "does NASA know about this"? I know it's a stupid question because it's their own image, but they have so much multimedia i.e images and videos plus GIF's that this could of easily slipped through their extensive filters and net's i.e people shading the truth or blurring out the evidence type of net's? 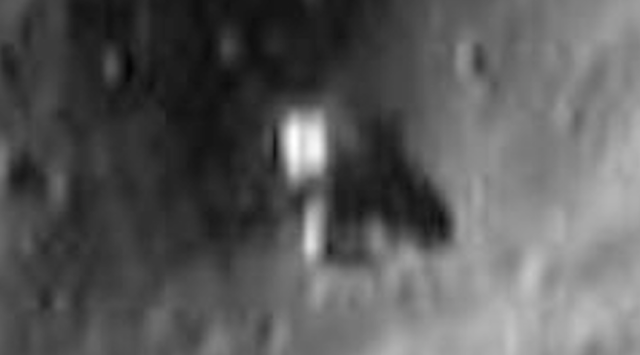 This could be the one that got away and as they say, once the cat's out of the bag, it can't go back in again! So for me, this is the defining piece of the Alien jigsaw. It is the smoking gun and the "caught red handed" analogy? If this is a natural formation then it proves that anything can happen?

I'm still open minded and open to further research and i'm still open to the possibilities of this being totally innocent and natural in nature? But until the day comes where this is identified as one way or the other, then i'm sorry but i'm going with my gut instinct and as far as i'm concerned this is the straw that broke the Camels back in terms of the mounting evidence? 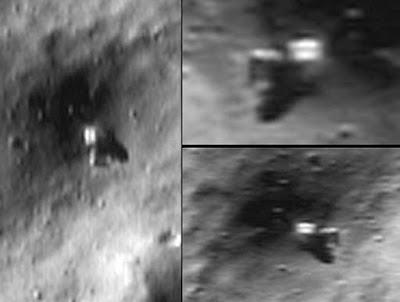 Here is the statistics about this strange anomaly:
This particular image, taken from an orbital altitude of 53 kilometres (33 miles), shows a scene about 1.8 kilometres (1.1 miles) across. Numerous craters and boulders as small as 8 meters (26 feet) across dot the landscape. The large, rectangular boulder at the upper right is 45 meters (148 feet) across. The eccentric asteroid was discovered by German astronomer Carl Gustav Witt at the Berlin Urania Observatory on 13 August 1898, and later named after Eros, a god from Greek mythology. The NEAR Shoemaker probe visited Eros twice, first with a 1998 flyby, and then by orbiting it in 2000 when it extensively photographed its surface.

It discovered this "object" on 2000-06-10. This would definitely be sat at the top of the strangest anomalies in space category if I was in charge of such a thing? It look's like a lot of Earthly things and that could be clouding my judgement, I totally understand that, but this could be something we don't even know about as #technology yet? It could be something only #Aliens know about? I have a few Earthly answers but this need's a lot more investigation by qualified professionals in the fields of astronomy, astrology, technology, physics and an assortment of other fields that you could think of because that's just how highly I put this as being a POTENTIAL piece of #Alien_technology? It need's further investigation that's for sure!