UFO Sightings Footage did a video about the world dying or should I say about the world ending in 2012 and it has struck a cord with people for one fact? It was the same year when the Mayan calendar ended? In fact, it was the same year near enough the same day that CERN or the Large Hadron Collider started up it's particle accelerator experiment and recreated a BIG BANG in this reality? Well even I know that opening one reality inside ANOTHER reality is NOT a very good or bright idea?

In fact, it is stupid for this reason:
When you open a reality inside another, your opening Pandora's Box and creating a reality like from where WE all came from? If we all came from a big bang, why would you create another time line so-to-speak inside an existing reality? Unless you know that the reality that your currently in is about to stop, implode or explode then you would try to create a new time line for us all to jump in to and like The Mandela Effect, try and have the waves or ripples of the past, the present and the future all try and synchronize, well that's the bad with the good I suppose? At least we all made in to another reality? Even though Trump is president of the free world and China is now tasked with making a new and even bigger Large Hadron Collider it seem's like we came out largely unscathed?

We have to endlessly keep on jumping (like Battlestar Galactica) in to new realities now because like the last reality we was in, it was starting tom unravel itself and eventually this reality will start to unravel itself and everyone will start to see more tsunamis, earthquakes, unusual and unprecedented catastrophes, civil unrest and totally bonkers new technology emerging that will unleash very negative energy on the world until China fires up the new massive particle accelerator and push us in to a new time line or new reality if you like?

So here's some more proof that we died in 2012 from a SOLAR ERUPTION OR CME and that the world was doomed from another angle that many might not even be aware of yet? Going back to 2012 there was a massive solar eruption from the sun of which had never been witnessed by humans? It was huge! We found this post which was from September 7th 2012. This could of been why the Mayans knew the world was going to end and why the scientists knew they had to do something?
Check this out, here's what it looked like: 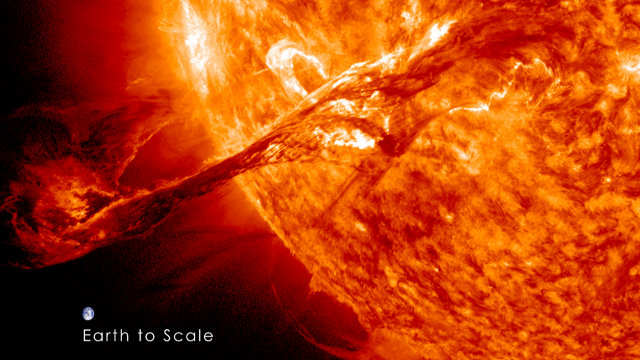 This "long filament of solar material," as NASA calls it, was spotted tearing away from the Sun at upwards of 900 miles per second.

"It is hard to easily judge the size of this 3D event with a 2D image at this angle, but this filament is probably on the order of 30 Earths across, 300,000 kilometers or 186,000 miles," explained C. Alex Young, a solar physicist at NASA's Goddard Space Flight Center. 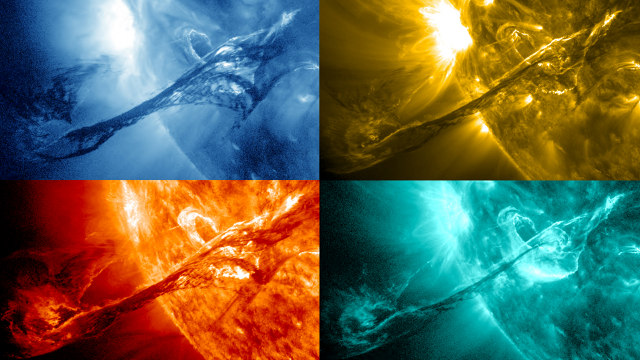 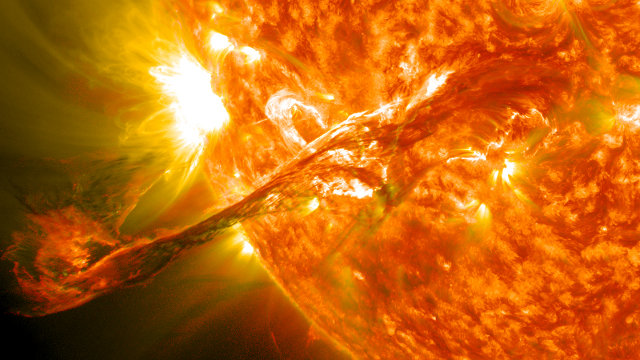 Finally, a stunning wide shot of the entire Sun, its simmering filament frozen at full extension: 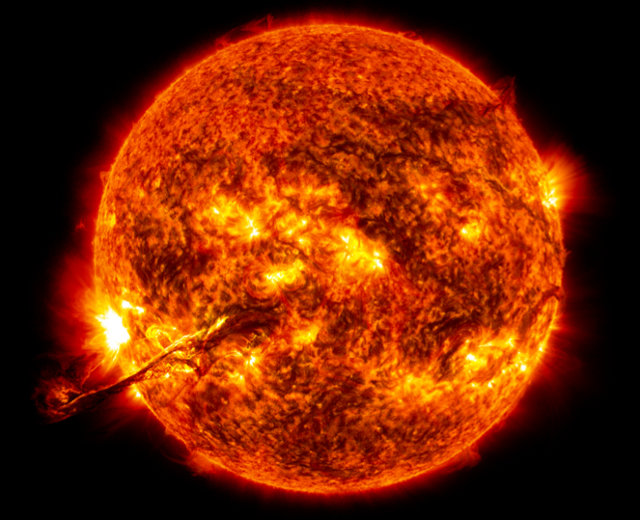