Mars is not dead and just because it's not supposed to have Earthquakes but it does. This means Mars is active and its not dead. UFO Sightings Footage

The space agency's scientists believes the seismic events are caused by a sudden release of energy from the planet's interior. 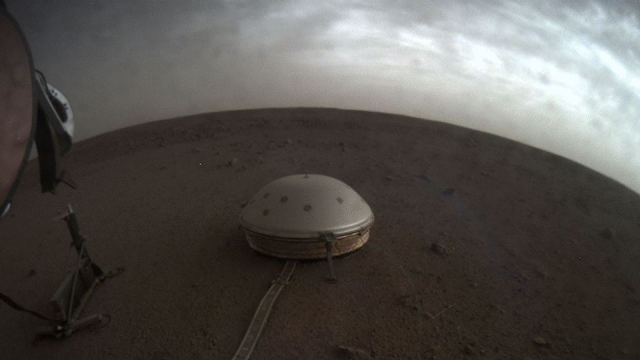 
And curiously, the previous seismic events (wait, there's more) detected by the space agency's InSight lander - which arrived on the planet's surface in 2018 - occurred almost a full Martian year ago, or two Earth years, during the Martian northern summer. But as anyone knows, it's impossible to predict when an earthquake will happen.

The fact that Mars is having earthquakes at all is going to, or rather it should render All known scientific facts about Mars and it's dead interior on it's head. NASA recorded not just one earthquake but two earthquakes on Mars and "curiously enough" they seem to have happened with just two years separating them and they've only just put the thing on Mars...


Can I just draw your attention to this Google search result screenshot: 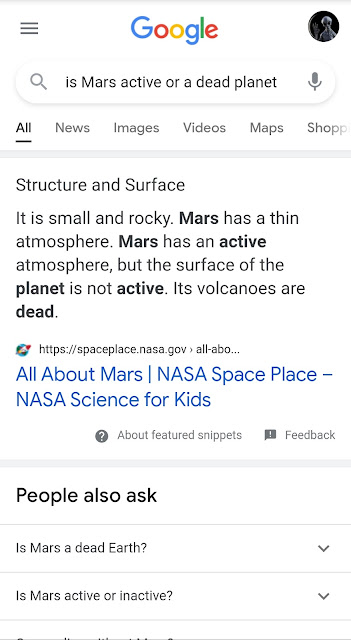 
Is this information going to be updated to reflect the latest information we have about Mars' interior or not? The books, the published papers, the previous information is inaccurate we now know.


So they, (NASA) not only just put the seismic device on Mars in 2018 (why do that if it's a dead planet) yet it's detected two other Marsquakes already (that we know of) and they're making excuses up already by saying it's the wind and they need to bury the cable that connects the seismic domed device to the lander.


It's the atmosphere, can you believe it?


Actually yes, I can believe it because it's NASA! Oh but don't worry because they're working on a plan to be able to differentiate between the two.

Are they now admitting that earthquakes happen because they need a real earthquake to happen to be able to know which is which, right? Not just rumblings. Or did they say something that maybe they know is impossible as well as Mars does not have quakes. Apparently.

Why even make a seismic device if it's not an active planet, that doesn't make sense even.

Ordinarily enough is to have earthquakes or rumblings as they like to call them, happening in Mars but nearly to the day on a standard measurement Earth is in itself strange. But we'll see, if it happens again in a Martian year (two Earth years) then we've not only predicted it but also we've unearthed some sort of artificial Marsquake or artificial rumblings and it's not created by humans! What does all this mean?

Are there hollow parts of Mars do you think? Is what the conspiracy theorists have been saying all along that Mars has Alien bases within it's interior actually correct?

Or is the other contender something different that nobody has guessed yet.


I think it means that scientists are falling down a rabbit hole to be honest with you of what's the truth. Because what they once thought was a fact, backed up by the science actually done and gathered by themselves has already fallen through the first crack in the floor so-to-speak and been rendered inaccurate.


PLEASE DON'T CALL THEM RUMBLINGS, THEY'RE EXACTLY WHAT THEY AND THEY ARE - EARTHQUAKES, OR MARS-QUAKES IF YOU LIKE. 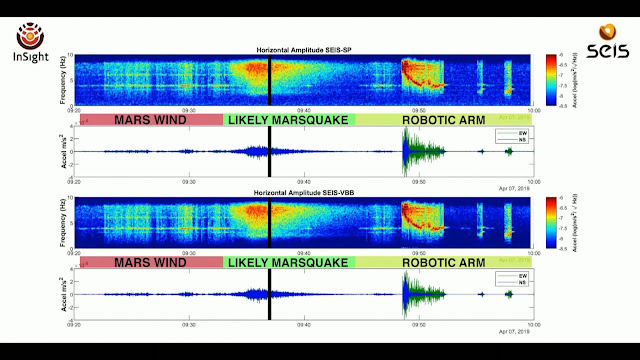 Credit NASA.
Massive releases of energy must come from somewhere, it has to originate from something don't they. They do not, never will and can never, ever, ever "just appear from nowhere".

NASA doesn't even address this which is the most important part of the story. A massive release of energy is how it was described and that's it.

But NASA being NASA, they have an excuse "already locked and loaded without an investigation even done yet" the get out clause for NASA scientists is that the instrument is defective. 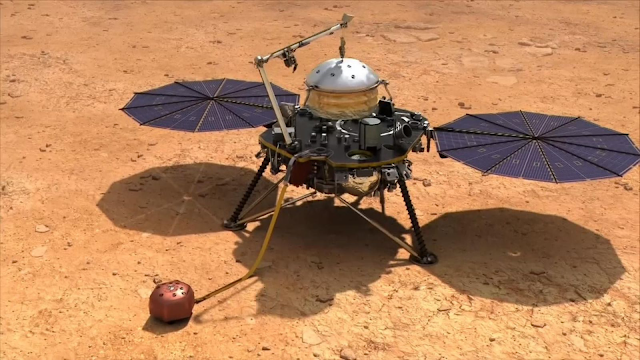 Credit: The seismometer (inside the white domed shield) is attached to InSight. Pic: NASA/JPL-Caltech
I kid you not!

It's (NASA’s Mars seismic device) the Seismic Experiment for Interior Structure, device giving false positives - the fact that it's curiously happened twice already with a full two years in between is neither here nor there and to boot it's pretty much near enough to the date of the last Mars quake, and that is very odd, well I suppose that's the icing on this very confusing cake.


It's always the little details that people seem to overlook or that people seem to not care about connecting the dots together. It's only when you do connect the dots, that you realise how much they were wrong about especially if it's such a big, an intrinsic part of the word "Mars".


What we thought was correct about Mars.


It's a Sphere, it's a dead and dormant planet with no volcanic activity and it's looked like this since Mars last had a massive meteorite hit it. The way Mars looks now hasn't changed since forever.


But if some or just one of the basic "facts" about Mars is now wrong then what else is wrong?

Think about the implications of this yourself, you don't need me to tell you that it's not good. 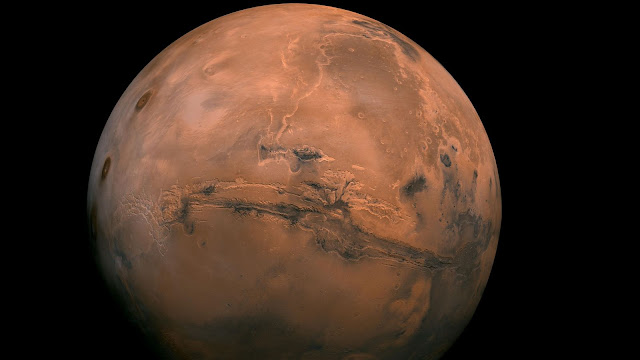 Credit: NASA.
But I could be wrong and Lord knows these scientists and NASA engineers etc are way more intelligent than me so I'm pretty sure that they can come up with something that will make all of it sound right.


But what you cannot argue with is this:

It was a fact that Mars was not an active planet.


It's now had two Earthquakes or "Marsquakes" as they're now known as. Something is wrong with the initial assessment and the implications is all I'm focusing on. Nothing else, nothing more. If Mars been a dead planet with no Earthquakes and that was part of other assessments then they need to be looked at again. That's all I'm saying. But, let's see if they cab admit that they were wrong...