I Am Being Blackmailed And Bribed By A YouTube User Called PHEANYOUN VIT Please Help Me?

I'm been blackmailed and bribed and having demands for money and my YouTube password and email address plus she wants Western Union payments every hour! I'm getting harassment and threats made against me and my channel by another YouTube user called Pheanyoun Vit. She want's access to my YouTube channel. If I do not pay $200 every hour she will continue to put in false copyright claims in against my channel? My channel is now being disabled. She is bribing me to pay money! She want's a share of also $200 every month from my ad revenue made on YouTube BUT I refused to be bribed so she wants my password and email address to gain access to my YouTube channel. YOUTUBE IS IGNORING ME! Check out my full story please if you can help me would you help in any way you could?

I am been blackmailed into paying a share of my YouTube channel's ad revenue every month for the sum of $200 to another YouTube user called Pheanyoun Vit. ALSO, I was demanded to pay a fixed sum of $200 every hour also (on the 5th November 2017 - between the hours of 6pm and 12pm) to be paid by Western Union or multiple false copyright claims will be put against random videos on my channel like that one (check the link).

THIS IS THE WOMAN CALLED PHEANYOUN VIT CON ARTISTBUT, I refused to pay her!


This person is a YouTube user and is called "Pheanyoun Vit" she is blackmailing me, bribing me and threatening me and wants my YouTube password and email address.

BUT, I refused to give her FULL control of not only my YouTube account but it's also connected to my Google account! NOT AT ALL Pheanyoun Vit if that's your real name?

I have "ALL" the emails that she has sent to me and I have all the emails saved and backed up multiple times to different accounts.

I have contacted the POLICE and the online action fraud, national fraud and cyber crime reporting centre. Whom said because I never paid there's no crime. The Police at 999 said it was not an emergency and suggested I ring 101 which I did and they said ring 999 as it is a serious matter? I got cut off twice when I rang 101 and the Police at 999 sent a voice mail to the mobile phone number I gave them and a sergeant said on the voice mail that it is not a Police matter but a YouTube matter?

I am being blackmailed, bribed, threatened, cyber bullied and extorted by Pheanyoun Vit. I have getting threats made against me with demands for money ($200 via Western Union) and my passwords and emails so they can gain access to my "Google and YouTube Channel" and lock me out no doubt, and take full control of everything associated with my Google account and even deliberately damage my YouTube channel and Google account will begin to happen probably beyond repair?

Lets not forget the share of the ad revenue of $200 every month she is demanding from me?

The images that I did and have attached below are screen grabs to prove my case? I will attach a few of the email's she sent me, as images below, just to show you the lying, deceitful and tricksters way that she is operating?

She has now put multiple random copyright claims placed on my videos that I edited, I created and also I narrated and now YouTube has decided "in their infinite wisdom" to just take the said videos down and put multiple copyright strikes on my channel.

And now in an automated email from YouTube (thank you by the way) my channel will be disabled in 7 days. I now have 1 day left? Why has YouTube's copyright auto-process given all the power and control into the hands of random, scam artist's, con artist's, blackmailers and extortionists - plus let's not forget about the bribers plus total strangers and now my YouTube channel is being disabled?

I have sincerely pleaded in the "counter copyright appeals process forms" and nobody has got back to me? Why can "ANYONE" on YouTube ESPECIALLY ANOTHER USER put multiple "FALSE" copyright claims on "ANYONE'S" videos that they don't own and blackmail them as easy as that?

YouTube is a scammers, blackmailers and bribers paradise? I refused to be extorted and threatened, "I did not pay any money, not a single fucking penny" to Pheanyoun Vit possibly (James Chaor)!

By the untraceable (money laundering) Western Union money transfer process - to the tune of $200 every hour!

YOUR NOT GETTING A SINGLE FUCKING PENNY YOU THIEF, SWINDLER!

Now a bunch of false copyright claims have been put in against my YouTube channel and now YouTube has taken the only way they know how to operate and that is to side with the criminal, dirty dishonest thief. 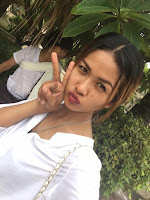 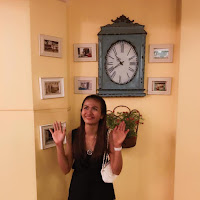 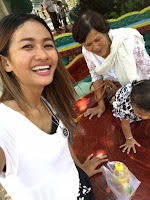 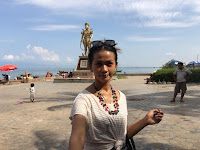 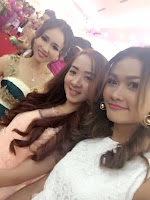 SCREEN GRABS OF THE EMAIL COMMUNICATIONS FROM PHEANYOUN VIT -

What do I do, I don't know what the fuck to do? I've never been bribed, blackmailed or harassed like this or any other stuff of that nature!
YouTube is ignoring my requests and nobody is taking any notice? How can another YouTube user pick random videos and demand money like this and just put false copyright claims in even though they don't own the videos?
I'VE GAINED 19 THOUSAND SUBSCRIBERS AN 5 MILLION VIEWS!
I HAVE PUT 13 MONTHS EFFORT INTO MY CHANNEL!
Please can anyone help me out?
I'm a pure victim here and that's hard to take in because it is totally fucked up!