Bird Motionless In The Sky

Blackbird suspended motionless in mid air which was caught on camera, is it a blip in the matrix. The first thing I thought about was it's a hoax.

This motionless and suspended in mid air bird is absolutely bizarre, freaky and bizarre.

Have I mentioned that it's bizarre, yet...

I've seen a few examples of this type of weird event, a matrix flux or blip in the continuum and the one that really sticks to my mind was a propeller plane literally just sat there in the sky going nowhere. But that was then later explained by an atmospheric and plane expert who said it was a known phenomena which includes wind, speed, going against the wind and drag, lift etc. 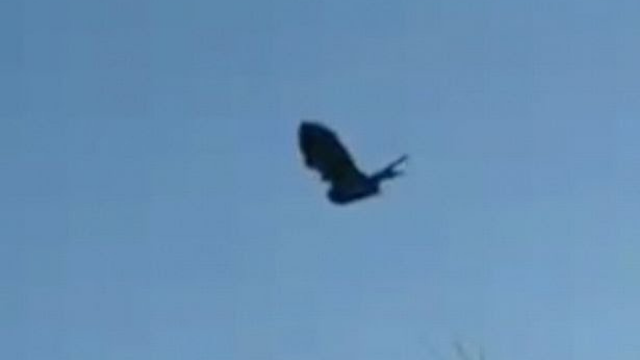 Mum Kayleen Bowman, shared the bizarre clip (Image above) on her Facebook which appeared to show a black crow suspended in the sky near some overhead wires in Gallump, New Mexico, US.

Below is an image of a Russian plane spotted in mid air also, a comment on this said the pilot put the handbrake on, lol.

The flight seemed to be suspended in the air and not moving in the video.

Taken by a driver in Russia, the car drove forward at speed while the plane appeared stationary. Click here for more details and to the video. 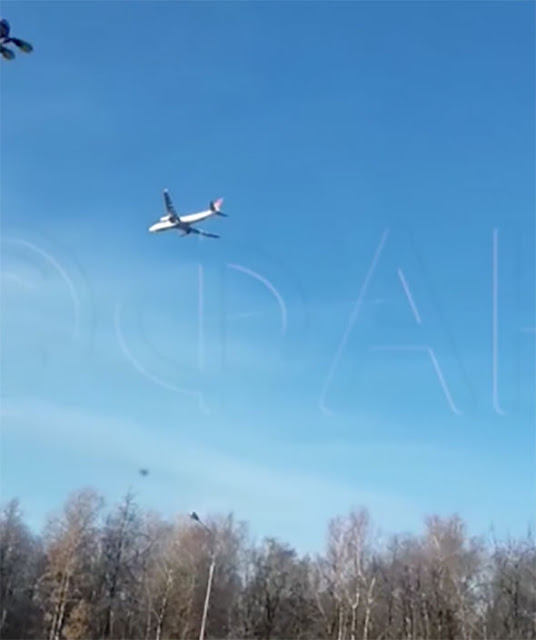 What I'm going to say might sound like a tinfoil hat conspiracy but it is a question and I know that there's no such thing as a stupid question, just stupid people who don't ask questions.

Secret technology could be to blame, underground facilities creating an unseen force, a satellite signal maybe? We don't know ALL the forces, the signals, the Alien advanced technology and the prototypes of industry.

Working on the assumption that you know everything about cutting edge technology, cutting edge military secret tools and devices of research and development and that your up to date with the commercial cut throat world of wireless technology, wireless electricity, electronics and fully functioning microwave weapons. Let's not forget the secretive work of HAARP, CERN and many, many other forefront runners of the emerging world of prototype, futuristic weapons.

If you believe that you know everything, then you can leave a comment on why you know this is a fake. The fantastical world of research and development in terms of defense and other military technologies is far, far, far away from the public eye that just saying that, is respectable because seriously, there's no way we can know. I don't pretend to know, there's no way that I could know, but I strongly believe that remarkable, mind blowing things are happening in the world of technology that was once believed to never become a reality.

But just because this is totally different from what we have seen before is not grounds to dismiss it. I'm pretty sure though that I've seen another bird like this, in this very same situation - though it escapes my mind at the moment.

I'll look it up now.

Here's the first one of many different bird's caught on camera, motionless and suspended in mid air that I found when I looked it up. I honestly didn't know that there was "that many events" including birds. Okay, let's stay grounded and level headed because I know that's totally not possible right and there's got to be an explanation for it just like everything else in life.

Scientists will probably not accept it even in their infinite book of endless wisdom, come to think of it science will never have an answer to this! Well, if you noticed the tower in the image and if you go to the link and see the video you'll notice a tower mast with many satellite devices attached to it.

Is it 5G or 4G, military, commercial TV or is it more than just a mast for communication... With the telephone lines under the bird and the mast to the side of it, the building also maybe it could be causing an effect? The thing is, we might never know what was going on there? 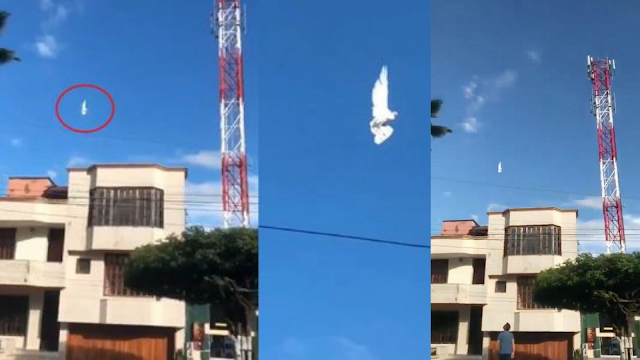 If you haven't already done so, I think you should check it out and at least have a look for yourself and see what you think it is?