China's on Mars And Here's The First Historical Video

This is fantastic, China has achieved a great deal of quality space travel and engineering in such a short span of time. China is now on Mars forever.

China's entered the space race with an unbelievable and almighty bang, a huge splash the likes of which nobody could have predicted just 10 years ago.

Credit where credit is due, and China's space agency's due tons of credit for making such a massive impact in the space race game in such a short space (lol) of time that it can be likened to a "high jump gold medal" instead of a bronze medal 10 year leap.

The Devil is in the details and when we look at the timeline of China's evolution, we see an unstoppable force showing no sign of slowing down and if it's all happened within month's as opposed to the decades it took the original trail blazers the USA and the USSR - then we can probably expect trips to the Red planet made by Chinese people in the coming year! 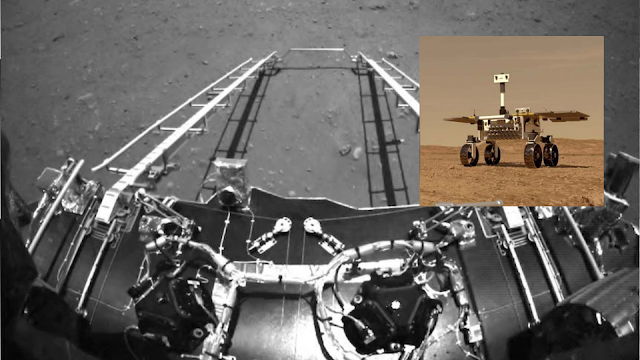 It is the first time China has landed a probe on a planet other than Earth, reports Xinhua news agency.

Going into space and conquering it like the way that the PRC have takes balls and geniuses literally, they-put themselves into space.

So they don't need our credit where credit is due! Although I don't speak for anyone else or on behalf of government or agencies, I just make my own assumptions about what is right and true, about what is going on in the world and off world.

Did you see any of what China has done recently, coming? Because I never saw it coming, especially the space station and the Chang'e 3 Moon lander and its rover Yutu on Moon surface it was only when they'd done it did I know about it.

China only put a man in space in 2003, can you believe that! So, in comparison to the US for instance, China has achieved "everything big" that the USA did in 55 years but did it in 19 years!

That's why I have said "China's done the impossible" and I must stand by that assertion because I know it to be true!

See, the Chinese don't really publish (or do they, I honestly don't keep up with current affairs in China, sorry) like the USA or Russia. It would seem that they just get it done! Did you know about these Chinese monumental achievements before they actually did them? If you live in the UK or the USA then the answers probably no? 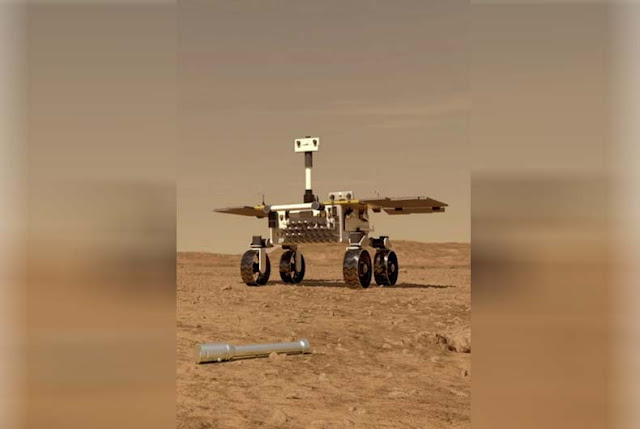 That shouldn't matter though, or should it? If not then what China's done is near to the impossible as can humanly be or, should we take it all away from them and say (albeit naively) that they just copied what they (the USA and the USSR did) as I know some people will think that?

I would like to hear your thoughts on this because it's about as interesting as can be in terms of all this being "the space race beginnings" how it all started, who led the way, what was learned, why was lesson's learned and who copied who (if any). Or who invented, was it fair, was it underhanded, was there any cooperation, did anything else take place which nobody at this time could of knew or even known?

Or, should we have known, because out of all the things going on in the space race, and the world the UAP (Unidentified Aerial Phenomena) was recently admitted to, so how much of this brand new fact was taken into account when calculating the next move in space...

Here's my own thought's:

China's done the impossible. China's kept everything in house, they've relied upon themselves, their own ingenuity and tenacity. They said it couldn't be done, they said China hasn't got the capability or the knowledge or any of the decades of space travel, Lunar missions yadda yadda.

But you know what, good on them for doing the impossible 🙅!

China’s Zhu Rong Mars rover sent back its first images since touching down on the red planet on May 15, 2021. The China National Space Administration (CNSA) released the images on May 19. China’s state media said the images are “conclusive proof” that Zhu Rong landed successfully, dispelling online rumours that CNSA did not initially release pictures of the Martian surface because Zhu Rong had met an untimely end.