Humans haven’t travelled as far as to the far side of the moon, so they are asking who could have created them. The Moon has many, many odd looking structures which could of only of been made by an intelligent life force either in the past or they are STILL on the Moon today which some still believe is the case? This isn’t the first time that reports have been made; strange structures were first mentioned on the moon in 1976 in a book that was written by Georga Leonard.

A scientific study has revealed several structures and passageways on the far side of the moon and scientists have said that they are not produced by nature, they are artificial. The question is, if they weren’t put there by Mother Nature, and they aren’t from natural processes on the moon, then who created them?

Strange Passageways And Structures Not From Natural Process On Moon

The study was published by members of the Society for Planetary SETI Research and they made reference to unusual features that are on the far side of the moon, in the Paracelsus C crater. The study points out that the passageways and structures are not from any known natural process on the moon and they are not from nature.

Humans haven’t travelled as far as to the far side of the moon, so they are asking who could have created them. This isn’t the first time that reports have been made; strange structures were first mentioned on the moon in 1976 in a book that was written by Georga Leonard.

Experts taking part in the studies revealed that huge amounts of planetary and lunar images have been made available online. The citizen science approach to SETI and so much data being available leads to the generation of new discoveries quite regularly. There are many out there who want to be the first to find alien bases, constructions, towers and other activities on the surface of the moon.

Many of the findings are nothing more than aberrations of the camera, compression of the image or even transmission errors. Some are enhancements or misinterpretations of features of the surface that are unfamiliar.

It was said that the scientific establishment rejects many anomalies solely based on subject matter, for example, there cannot be artefacts from aliens on the moon simply because there are no alien artefacts on the moon. This, of course, is circular reasoning with scientists having no proof that aliens actually exist or even if they are in existence they haven’t made it as far as our solar system.

The mission is of importance as it found that there is water on the poles of the Moon. During the Clementine Mission photos were taken to find out if someone was actually building bases on the moon. Many photos were taken and one impressive image was of a structure that was a mile wide recto-linear structure. It stood out as being artificial and of course, it should not have been there. If the structure didn’t belong to NASA then it meant that someone else had been there.

When the mission was completed the images were analysed by what was said to be an elite team with the highest security clearance. The team kept to themselves and no one was allowed to interfere with them. Brandenburg was then quoted to say “We were aware there was a possibility of an unknown presence, possibly alien/extraterrestrial near the Earth…”

On one occasion Brandenburg said that he was in a room of army and air force generals who were retired and they were watching what looked to be a firefight out in space. The senior general asked Brandenburg where he thought they were from, to which he replied, he didn’t know, he had heard that they were from 40 light years away. 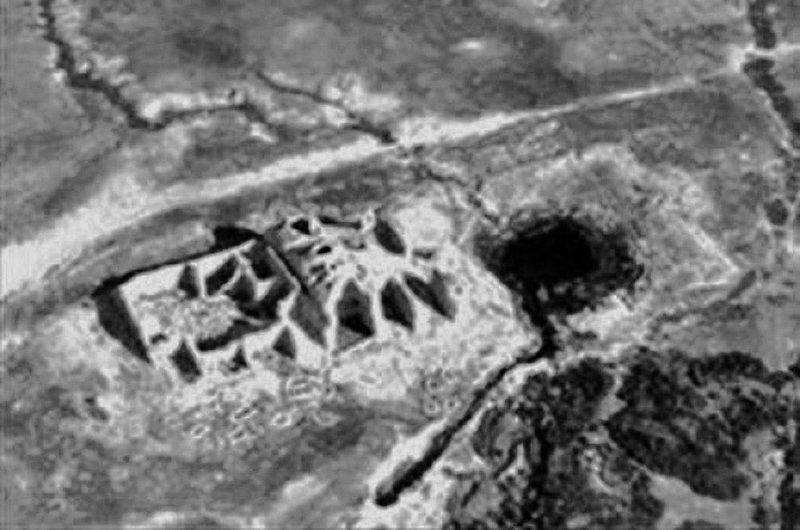 NASA Astronaut Says Aliens Have Been Visiting For A Long Time.

Brandenburg, along with other scientists, has been forthcoming talking about UFOs and alien life. Professor Emeritus of the University of New Hampshire said that intelligent aliens from other star systems have been visiting Earth and they are often called Star People, Others or Visitors.

A former NASA astronaut, Dr. Brian O`Leary has also spoken up about there being abundant evidence of Earth being contacted by aliens and that aliens have been visiting Earth for a long time. Brandenburg has in the past being criticised heavily for his beliefs and comments about aliens, but he hasn’t been the only one to have spoken out.

In the first years of SETI in 1963, Carl Sagan talked about visits from aliens. He said that it wasn’t out of the question that aliens left artefacts and they still exist, even a base could be maintained automatically in the solar system so as to offer continuity for expeditions yet to come. The moon would perhaps be the ideal place for bases and it is possible that high-resolution photos taken of the far side of the moon may reveal them.

The images have been studied and scientists made a 3D rendering recreation and based on the evidence it was said that Paracelsus C is a good candidate worthy of study in the future. The study revealed that feature A found on the moon was unlike any feature seen up to now on the moon and suggests a passageway and entrance that could lead underground based on 3D evidence and there are signs of excavation to both sides of that feature. 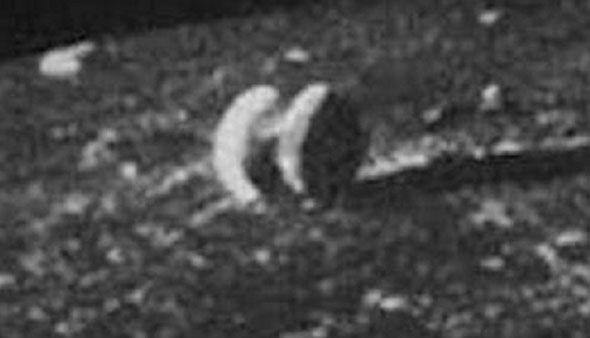