Simulation Provides Black Hole Breakthrough And How The Galaxies Formed?

It's about time we had some amazing news regarding black holes instead of the usual stuff like we still don't quite fully understand them or we are looking in to things etc etc? This is what seem's like a massive breakthrough of epic proportions and has alot of people excited, and so it should it's a one of a kind experiment and the graphics of space is astounding!

The most detailed simulation of the universe ever created has provided a breakthrough revealing how the most powerful and mysterious forces interact on an enormous scale.

Scientists said the detail and scale provided by the simulation enabled them to watch how galaxies formed, evolved and grew while also nursing the creation of new stars. 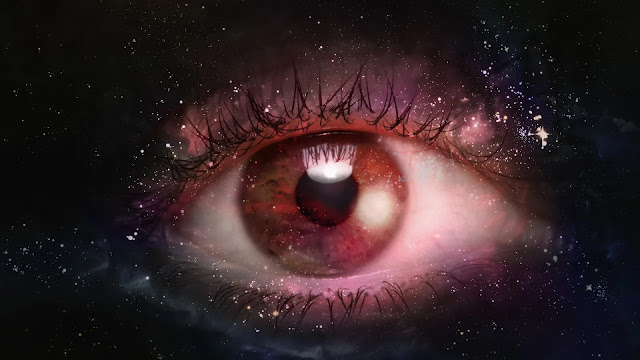 The most epic universe is the one that's man made because only here, is anything possible. Natural phenomena has limits whereas mankind would incorporate forever loops.
Dr Shy Genel, at the New York-based Flatiron Institute's Centre for Computational Astrophysics (CCA), said: "When we observe galaxies using a telescope, we can only measure certain quantities." But "with the simulation, we can track all the properties for all these galaxies. And not just how the galaxy looks now, but its entire formation history", he added.

© Getty Visualisation of the intensity of shock waves in the cosmic gas (blue) around collapsed dark matter structures (orange/white). Similar to a sonic boom, the gas in these shock waves is accelerated with a jolt when impacting on the cosmic. 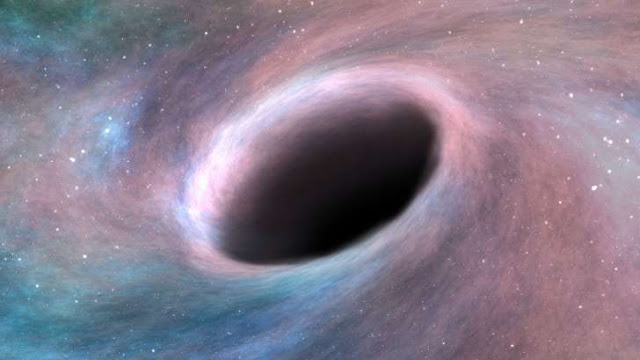 Here is an amazing 360 degree video for you to move around with your cursor key.


He said the simulation is the most advanced ever developed. Using specialised computational methods, scientists have developed a computer model of the universe which has allowed them to write three ground-breaking papers which have been published in the Monthly Notices of the Royal Astronomical Society.

An international team of scientists led by Volker Springel at the Heidelberg Institute for Theoretical Studies developed and programmed the simulation of the universe, named "Illustris: The Next Generation" or IllustrisTNG for short. Dr Dylan Nelson of the Max Planck Institute for Astrophysics used the simulation to reveal how star-forming galaxies shine brightly in the blue light of their young stars until an evolutionary shift suddenly halts the star formation, turning the galaxy into one dominated by old, rest stars.

"The only physical entity capable of extinguishing the star formation in our large elliptical galaxies are the super massive black holes at their centres," explained Dr Nelson. "The ultra-fast outflows of these gravity traps reach velocities up to 10% of the speed of light and affect giant stellar systems that are billions of times larger than the comparably small black hole itself." "It is particularly fascinating that we can accurately predict the influence of super massive black holes on the distribution of matter out to large scales," said Dr Springel.

"This is crucial for reliably interpreting forthcoming cosmological measurements." IllustrisTNG is a model of a cube-shaped universe smaller than our own, just one billion light-years across (the observable universe has a diameter of about 93 billion light-years). The project followed the formation of millions of galaxies within this section of the universe, in the largest hydrodynamic simulation ever exploring how cosmic structures developed. It predicted a cosmic web of gas and dark matter which interacted to produce galaxies which were similar to real galaxies in shape and size.
Jan 10th 2023.
Man made forever loops, incorporated into simulation. Naturally, nature wouldn't accept that and would put a stop to forever loops. Nature's way, born, live, die.
Man made way, born live and on to the next, born live and on to the next.
Reincarnation or whatever you personally call it after working it out?
A kind of philosopher's stone. A tree of life, living forever is accepting that nothing ever really dies. That's the key to life. That's living forever.
Man could be creating artificial life... People instantly think "an actual real robot."
Simulation, manipulation of the dimensions, gravity, senses and consciousness. And having it transplanted into a simulation of all the senses even time.
Just where do you think the Samsung smartphone or Apple smartphone "ends?" What do you think it's capabilities are in 200 years?
Does it even exist in it's current form in 200 years, lol. Has it gone and replaced with a trip to the house interface where the new updates been eagerly awaited for day's, some for week's, some for months?
Prisoners for years...
Could reality itself be manipulated and could all levels be incorporated into one, many or multiple simulation's by way of simple interface. Is knowledge, and learning all checked beforehand...
Technology never dies. Therefore, whatever you think can be done, will be done. If it's a definite, then it's already happened.
If it's already happened, a decision would have to be made, what's accepted and what's not.
The ethics of technological marvels on the history of mankind. Changing, redirecting and steering mankind through the use of or the lack of using technology to manipulate an outcome.
A simulation would be perfect for figuring out the best outcome. Multiple tasks being run at the same time in software with set parameters. Maybe.
It would work for pandemics or epidemics and or hydrogen bombs.
Just hope that reality doesn't cross with simulation. Because it does in at least one simulation.
At least for now, it's just an excercise in thought applying supposes to maybes and possibility with what ifs and fears.

Trying to see where the future of technology is hard, short term it's pretty easy. The long term history is the rudder that steer's mankind. Just hope that we aren't repeating the 20th century because as it stands now, we are. To the letter, to the coordinates and through the reasons. Hitler expansion of country. Putin, expansion of country.
Type this into the Google search bar:
1st world war reasons for starting.
European expansionism. Serbian Nationalism.
Apply it to now, it's exactly the same.
It's history repeating itself. I predict that a nuclear bomb will go off within 25 years.

Post continued.
The researchers said that for the first time, the simulations have been able to directly compute the detailed clustering patterns of galaxies in space. In addition, the simulations predict how the cosmic web changes over time, especially in relation to the mysterious dark matter that is believed to make up 26.8% of the universe - compared to ordinary matter which makes up just 4.9% of the observable universe. The rest of the 68.3% of the observable universe is believed to be made of dark energy.

You can find the full source of information right here.