Among the anticipated duties of Manned Orbiting Laboratory crews was overhead reconnaissance, but a range of other tasks were considered like spying? I'm talking literally spying. There was a host of proposed intelligence gathering ways that the crews we're very capable of achieving and with the machines, technology and secret technology they could reach most if not all targets set out by the superiors at that time. There wasn't anything left to chance and as with the time's they considered all possibilities to get as much information and intelligence on the so-called enemy as they could. Let's not forget guy's, this was the cold war, it was both sides looking for the edge with a view to winning the space race not just the US.
A newly released treasure trove of historical data reveals intriguing details about a secret Cold War project known as the Manned Orbiting Laboratory (MOL). The U.S. Air Force's MOL program ran from December 1963 until its cancellation in June 1969. The program spent $1.56 billion during that time, according to some estimates. While the program never actually lofted a crewed space station, those nearly six years were quite eventful, featuring the selection of 17 MOL astronauts, the remodeling of NASA's two-seat Gemini spacecraft, the development of the Titan-3C launch vehicle and the building of an MOL launch site at Vandenberg Air Force Base in California. 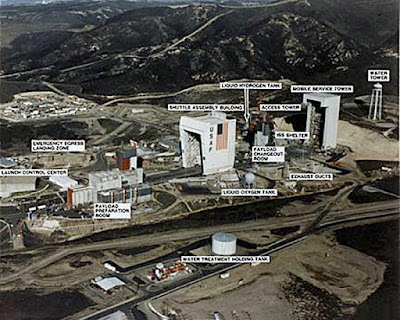 Early in the MOL program, its architects weren't quite sure what MOL was all about. "Is the MOL a laboratory?" reads one of the newly released documents, which were put out by the U.S. National Reconnaissance Office (NRO). "Or is it an operational reconnaissance spacecraft? (Or a bomber?)" Even today, aspects of the MOL initiative remain secret. Superpowerful eye spy The anticipated duties of MOL crews included reconnaissance activities under the code name Project Dorian. Dorian was a superpowerful camera system that could acquire photographic coverage of the Soviet Union and other locations with a resolution better than the best unmanned system at the time, the NRO's first-generation Gambit spacecraft. But the historical documents suggest numerous other jobs were on the MOL docket for deliberation, including the use of side-looking radar, the evaluation of electronic intelligence-gathering gear and the assembly and servicing of large structures in space.

Also discussed were the use of MOL-carrying "negation missiles" that would use non-nuclear warheads, the inspection of satellites, and the encapsulation and recovery of enemy spacecraft, which may have been accomplished using rocket-propelled net devices.


For a space walking MOL crew member, a remote maneuvering unit was considered key for approaching and circumnavigating a target while the astronaut remained at a safe distance "to prevent harm from an active defense or booby-trapped target." Notably, there was much reflection regarding the biological and psychological responses of MOL crew members in orbit for 30 days or more.

Rediscover and recover facts The NRO's release of MOL information was timed for an event held on Oct. 22 at the National Museum of the U.S. Air Force, which is located at Wright-Patterson Air Force Base near Dayton, Ohio. Would-be MOL crew members and other program officials took part in the event, which was called "The Dorian Files Revealed:

"Time often allows for facts to be distorted or forgotten," said James Outzen, chief of historical documentation and research at the Center for the Study of National Reconnaissance in Chantilly, Virginia. "But history allows the opportunity to rediscover and recover facts."

MOL was born in a Cold War environment in which it was difficult to learn what the United States' adversaries were up to, Outzen said. Patricia Cameresi, chief of the NRO's Information Review and Release Group, said the declassification of more than 20,000 pages of MOL documents was no easy task. "It took over a year to get all the stakeholders involved … to get them to agree to [the] declassification of additional material and then to do the actual line-by-line review," Cameresi said.


Behind the Iron Curtain Former MOL astronauts taking part in the Oct. 22 event included James Abrahamson, Karol Bobko, Albert Crews, Bob Crippen and Richard Truly. Michael Yarymovych, who served as technical director of the U.S. Air Force MOL effort, also participated. "We were doing something that was exciting and important," Yarymovych said. "We're going to also do something very important for national security. We are going to go look behind the Iron Curtain and defend the nation while doing the exciting things of manned spaceflight."

That is every Pilots dream!

After the termination of MOL, Truly, Crippen and Bobko became NASA astronauts, with Truly eventually ascending to NASA administrator status. Abrahamson led NASA's space shuttle program in the early 1980s, then later headed President Ronald Reagan's Strategic Defense Initiative, dubbed the "Star Wars" program. Memory lane For the MOL astronauts, the Wright-Patterson museum event was a trip down memory lane. "It got canceled on June 10, 1969, a date that will live in my memory for a long time, which was one of the low points in my life," Crippen said. Truly said MOL "was not a trivial thing that we were working on." 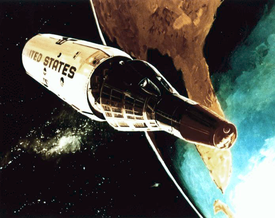 He thought the program had solved some complex problems before "black Tuesday," when delays, cost overruns and other factors brought the program to an end. MOL, which would have zipped around Earth in a polar orbit, pioneered complex human interaction with an automated film camera system, Truly said. "It would have made it far better than it could be done strictly as an automated system," he said.

Humans in the loop.

In the view of Abrahamson, who was also assigned the job of building a training simulator for utilizing the MOL camera system, putting humans in the loop was an added benefit. The MOL film camera was going to be so precise, Abrahamson said, that it could have photographed Soviet airfields or snagged imagery of aircraft flight tests and the testing of specialized munitions. But the field of view through the camera would have been akin to "looking down a soda straw," making human judgment important, Abrahamson said. The astronauts "were supposed to use judgment and training … and to say, 'Look here, not here; don't waste a pass here,'" he added. Important legacy In the end, the death of MOL provided Abrahamson a lesson he has applied to other programs.

"If you can just get an empty can up there do it. Because then, you can build on it," he said. The strategy with the Congress, "not the technical challenge," was the biggest risk, Abrahamson said. According to Outzen, the reconnaissance historian, "There is often a misplaced assumption that a canceled program has no important legacy. This should not be said of the Manned Orbiting Laboratory program." The MOL program should be recognized "for its rich legacy in both civilian and national reconnaissance space histories," Outzen concluded.

To begin your own digging into the Governments own archives 20,681 pages of "FOIR" released MOL documents, pictures and other resources, go to these sources of information:
http://www.nro.gov/foia/declass/MOL.html.


So you've heard all of that, right. Now here is what we have to say here at USF.

Disclosure of declassified "Top Secret Documents" from a program that cost the tax payer an eye watering 1.56 Billion Dollars - has come at a time when budget cuts to food stamps in America are not popular at all (as of June 2018) and is fast becoming and for many it already is "a major indignity" and that is absolutely, unequivocally the governments fault which is shameful - disrespectful and against everything the American people stand for? I can't even begin to tell you how bad this is going to affect the ratings at the next elections! If people are literally hungry when voting, it will affect the vote guaranteed!


Especially when we see (desperately needed funds back home) just going up in smoke? It's a very, very bitter pill to swallow even for the hardliners who agreed with the tax cuts!

The arguments might mean nothing because all the people will focus on is the cuts to their food supplies, their children's food and their parents food because it's them who have to pay it knowing they can't pay it. So in comes the borrowing, lending and as a result... Let's not go there eh.
They will not, shall not and can't focus on anything else. I mean if your hungry then it's hitting the most vulnerable people in society and that's the people struggling day in day out with paying even modest bills - like paying a five Dollar monthly bill is now a problem rather than an easy thing to do. Yeah, maybe at one time it was affordable and was paid with no problems but when it's eating in to money that literally isn't there and doesn't exist, well then it's a very bitter pill indeed to swallow.


Watching governments making pledges and giving money to other countries to help them have food, that is going to be the hardest of all to watch. it will be a deciding factor in many scenarios later on down the line which someone is probably forgetting...

Everything "thank goodness" I've just highlighted is fictitious. But it has very, very serious repercussions for the kids educations, the clothes and then we end up right back at the beginning "FOOD". Who the Devil is going to pay for the food because the little money we had is tied up everywhere but where it should be, by rights of been an American citizen food should be the last thing anyone should be struggling with. Brave men and women fought to keep this country free so we can grow our food, import what we need and trade with whoever we like? The land of milk and honey is a very cold, cold war dream! Was things better in the cold war era? I'm seriously asking you to compare the cold war era way of living i.e food, clothes and gadgets and wages and paying your bills on time? Was it easier back then or is it easier now?