Mankind is always getting it wrong or should I say scientists are always getting our timelines wrong. It seem's that every week since 2012 there is something else that throws up another red flag when it comes to these types of things? Our timelines and mankinds history is always the subject of debate and scientists seem to keep on changing the goal posts? They one day have a fact and the next they've updated or changed it completely and in a throwaway comment say "oh well, it was only a theory anyways"? Or that they had to go with the evidence at the time yadda yadda? It makes no sense because they come across as facts and the textbooks the world over will tell the same story? It's complete dissociation with a fail that I seem to always want them to take ownership of and they never do and I suppose they never will? It's sad, it's a bad precedence and say's a lot about the people that are "scientists". Changing the goal posts, theories dressed up as facts and taking no ownership for their mistakes. Now that's the scientist we all know and hate.
Here we go again, we're on that train to Cookoo land once again. This feel's very familiar, almost like we've been on this train to Cuckoo land before? I knew it, I had it pegged from the beginning. I've done something similar to this not that long ago actually and that was to do with Dinosaurs and it got picked up  by the national newspapers? Well, let's have a look again and see what it is this time? I put the pieces together last time but this time it's The National Geographic team doing the world community at large a solid. I mean everyone wants to know where we all came from, right?


So you buy your online Ancestors tree of life etc BS kit and don't even realise that you've just been logged, added to a database and now they've got your DNA which they then do alsorts of things with it "God knows what" just what do they do with it? I heard things like the CIA get's a copy with your name and family tree etc etc. Then after you've added your DNA to them willingly who then work out just where you actually came from on this planet going back to such and such part or parts of the world and then you don't give it anymore thought like where did "they" come from before them? 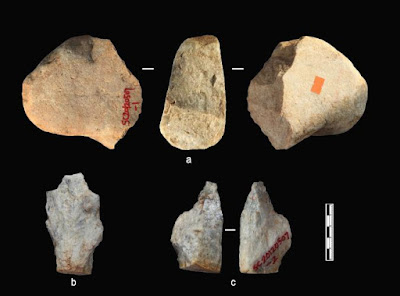 So again, once again, here we go again and all that crap. History lol repeats itself and now the scientist's that wanted us to swallow the rubbish in the first place now have brand new evidence which suggests that our ancient cousins left the continent much earlier than previously "thought". Do you see what the sneaky so and so's are doing there? "thought"!

I was under the impression that it was a fact? It's actually a quarter of a million years earlier than previously thought and that's not a little that's A LOT! 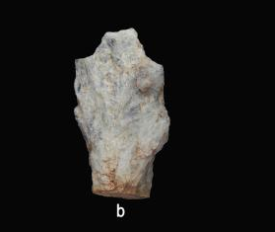 But now they're insisting it was a thought? An afterthought or a theory? I mean let's get the wording right especially when we catch them totally dismissing their own lies and "disinformation" like it was just an afterthought instead of all the textbooks in ever school saying the opposite. When will these scientists actually one day stand up and say actually we're all "theorists" and we got it wrong? It's a working progress. Science feels like it's just a guessing game to me? Until something else comes along and tells another story they kind of stick with the story "whichever it doesn't matter" as long as there's some sort of drivel they can peddle?


I get it, nobody wants to look dumb but filling in the gaps with nonsense and posing it as facts is still exactly what it is, depending on who you ask? Another scientist would probably say it's the best evidence and data that they had and someone like me would say why don't you just say nothing until you admit that you don't know everything? Getting it wrong as a scientists is a no, no. Getting it wrong is human, it's what it is to be human because without it your just a computer with no soul.

I've probably got more than most wrong but I can admit it and if science was a bit more honest with itself and not just economical with the truth then we'd all know a lot more in terms of theories versus facts. When you put something like this in front of me I get a bit angry yeah, because of the way the last so-called fact was paraded as a fact! Until something better comes along I suppose is how it works? 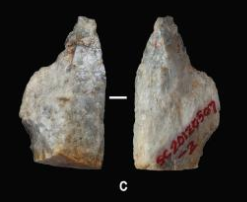 I'm telling you now, we've been here before and we've done this many, many times before and it just repeats itself over and over again. History will always repeat itself. Do you even know what that means when you say it? It's not just a saying, it's a fact and there's more to it than just a saying! And it means that it goes right back, way, way back. Millions of years, millions and millions. That's why this story is endless, it's endless because as technology grows we will keep on seeing our footsteps in the sands of time. ONly then will one day people realise that "hold on, we keep finding new evidence when will it stop"?


It doesn't and it won't because technology will keep on finding more and more evidence especially when we will be able to look through stone better! We can now, we emit signals and measure the time it takes to bounce back and hit a receiver and the numbers get crunched and we see a visual representation. You can imagine one day in the future when we can see through mountains with a headset on? Image one day when we can see far, far down in the Earths crust! 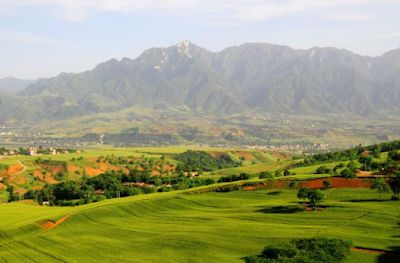 It will be there, technology I mean. We will one day see things that only Howard Carter could appreciate and understand because the same feelings that he had that day when he opened Tutankhamuns tomb - will be had for us the day we pull the curtain back on the world!

Here's the story about your distant ancestors if your interested:

Modern humans' distant relatives left Africa earlier than previously thought—rewriting a key chapter in humankind's epic prequel, according to a discovery unveiled on Wednesday in Nature. Nearly a hundred stone tools found at the Shangchen site in central China may push back the spread of our ancient cousins—hominins—out of Africa by more than a quarter million years. The toolmakers lived at Shangchen on and off for 800,000 years between 2.1 and 1.3 million years ago, leaving behind tools that are unprecedented outside of Africa. The site's oldest tools are roughly 300,000 years older than Dmanisi, a 1.8-million-year-old site in the Republic of Georgia with the oldest known fossils of our extinct cousin Homo erectus.