The World's Most Dangerous Aircraft Bomber in History

The most dangerous aircraft bomber in history is in my view any aircraft that can carry a nuke!

I thought that this world title went to the bombers that dropped the nuclear bombs over Japan? In my view all stealth aircraft, ships, software and technology came from either crashed UFOs directly reverse engineered from it or is some variable on that, with human technology added alongside it. All other aircraft bombers are just wannabe's right?

Technically, any aircraft big enough can drop a nuclear bomb, am I right? So is this most dangerous part, alluding to what's inside this craft and some other unseen weapon...

Did human beings really start off with a copper wire (as an example) only just a couple hundred years ago and now we have space vehicles like helicopters on Mars, the satellite called Voyager 1 is so far away now it's gone interstellar but it's still in frigging contact with humans! Think about that then when you can't get a cell phobe signal but a vehicle in instellar space has full bars!

It's all starting to look like everything is not what it seems.

Seriously, visit this website to see where it is - it's mind blowing.

All this started with a copper wire 2 hundred years ago, lol. I seriously don't think so and now we have a satellite flying in interstellar space? Well, let's just remind everyone that the Tic Tac UFO videos are still very, vivid in most UFO researchers mind.

It still points to Alien crafts, it still points to the fact that we're not alone in the universe. If you add all this together, and then I see aircrafts that look like this one below, and act like this aircraft below  I automatically think that we had a helping hand whether with or without the consent of the owners of the Tic Tac crafts! 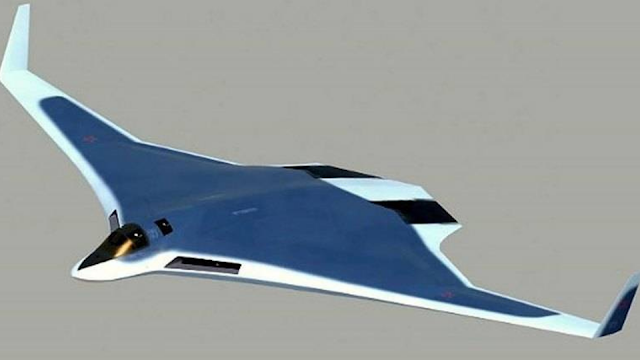 PAK DA, codename Poslannik, is a next-generation stealth strategic bomber being developed by Tupolev for the Long-Range Aviation branch of the Russian Aerospace Forces. The PAK DA is set to complement and eventually replace the older Tupolev Tu-95 in Russia's Air Force service.

Absolutely any modern aircraft (even a bomber) can drop, launch or guide a devastating, heinous, disgusting atomic or hydrogen bomb and or nuclear bombs! So, to claim that the Pak Da bomber is the most dangerous aircraft in the world is neither here nor there in terms of the deadliest because any capable aircraft has now just entered the club of "capable bombers" and that probably includes jets, heck even a 747 could technically drop a modern nuclear bomb because they're so, so small now.

I've heard of suitcase nuclear devices designed to get right into the intended area and create maximum devastation at the heart of your opponent by been placed there, anywhere.

In recent days, Russia’s PAK DA strategic stealth bomber has been the focus of world media. the Russian Ministry of Defence said the production of the prototype was started. According to TASS news agency, “The production of airframe elements will be handled by one of the United Aircraft Corporation’s plants; development of working design documentation is complete, material shipping has commenced, PAK DA – The Most Dangerous New Bomber.

And, as promised here's the YouTube video brought to you by FORCE Technology.

You'll probably think "why is this post in a UFO blog" or why is a world's most dangerous bomber in a blog dedicated to UFO's?

Well, it's because of reverse engineering and aircrafts been the most likeliest place that back engineered technology would end up first.

Actually, I've just answered that question for you. Where do you think all the technology leaps in advanced aerial hardware has ended up? Where did some of the semiconductors end up that has been plundered from crashed UFOs (like Roswell for instance) because it most certainly evolved from somewhere and that's because it wasn't a unique piece of technology in a stand alone category all of it's own. 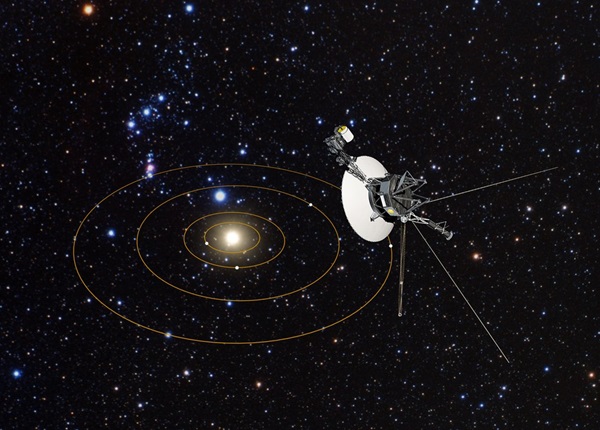 From a copper wire to an interstellar satellite called Voyager isn't even comprehended because it seems to far fetched. The above satellite isn't Voyager 1 but it shows just how far fetched to even think that we did this without any help within the time frame of a couple hundred years. 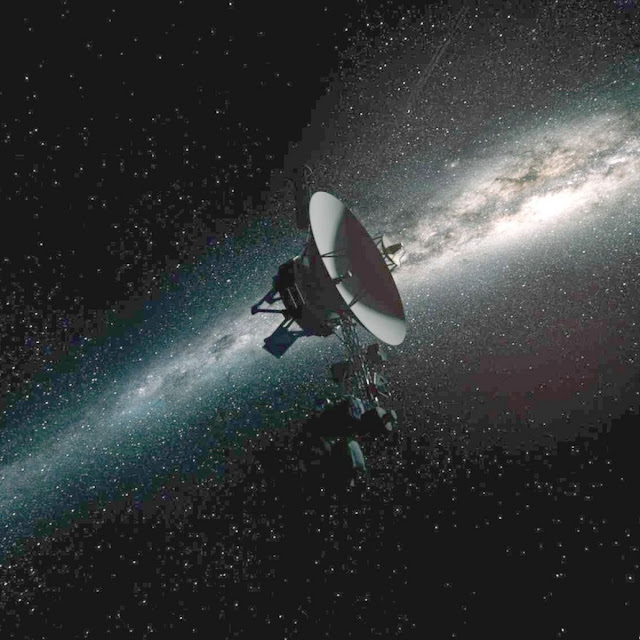 Both Voyage 1 and 2 are still in contact with Earth and both sending back information about their environment.

And where do you think the public/military ends up coming face to face with this sophisticated but dumbed down and tweaked for human use, technology? It's definitely in things like the US Air Force and the Russian Air Force. Here's a perfect example of such aircraft technology and just because it's Russian, please don't let that fool you. The US and Russia have been head to head in the space race, Aircraft race, software race, engineering race and in some ways, the Russians had to do it all under massive economic difficulties! But yet they marched on side by side, keeping up with the US and taking the lead many times.

So, don't you be fooled into believing that the Russians don't have access to the same technology. In some ways, if the Russians had access to the very same funding as the USA then I'm afraid they'd be ahead in absolutely everything right now! That's not even an argument anymore.

Head to head, but yet one was poorer than the other. Given equal opportunities, the Russians would accelerate! Hey, I hate saying it as much as the next guy but I understand reality and I aint going to act DUMB just to support the US.

In nuclear bomb manufacturing processes, in the software, hardware, in the radical and unique but very deadly Pak Da Bombers the Russians have accelerated and they did this without the backing of a Dollar backing (maybe, it's possible but unlikely). So let's just think about where they would be "WITH" the same like for like funding and backing? That's what's frightening to me because given half the chance, where would the Russian Federation be but in technology development - wise?

That's something to think about.