UFO causes a Russian jet to crash as it flies right in it's path. The Russians jet actually tries to not hit the UFO but in doing so, it crashes.

That's got to be one of the best bits of Air Force TV that has been caught on camera since UFOs became a thing to look for!

It looks like it was filmed with a potato but it can definitely be made out. 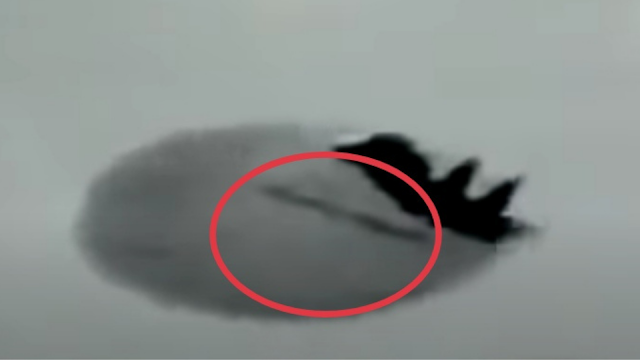 It's not the large dark circular patch behind the Jet Fighter but rather it's the Cigar shaped UFO instead.

The dark circular shape is a crude attempt at highlighting the UFO by the original TV network that initially ran the story. 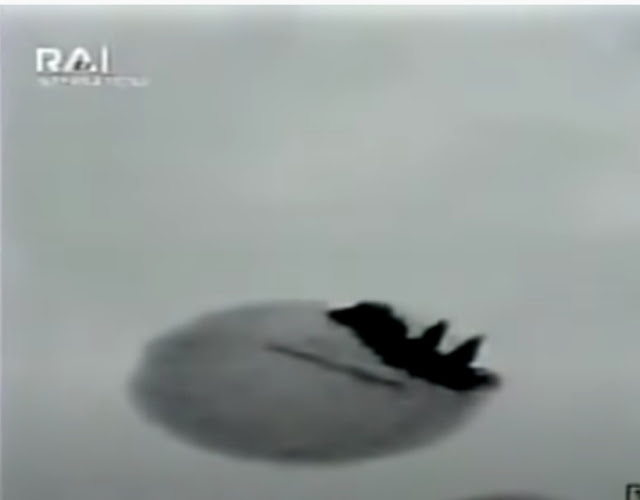 The dark sphere is a highlight bubble by the news channel. I don't know what exactly possessed the TV channel to highlight this Cigar UFO with a dark, nearly black sphere. In fact it kinda makes it a bit more less able to pinpoint it's position.

It's a lobg javelin type Cigar shaped UFO that goes just under the Jet fighter.