Pole Shift, what the hell is going on and what's causing it? NASA: Magnetic Pole Reversal Happens All The (Geologic) Time

What's gonna cause a magnetic pole reversal? NIBIRU is the biggest culprit and it's got the biggest backing as a theory as to what is causing the poles to shift because one thing everybody can agree on is that the poles are moving? The Nibiru/Planet X and a world wide catastrophe, first came on the scene and on to our screens in 1995 by Nancy Lieder.
Pole Shift, what the hell is going on and what's causing it? Apparently according to NASA it happens all the frickin time? WHAT...
How do they know this? It's clearly on their website which is "nearly" the only way that the public can get it's information from NASA? Unless you know someone there that can answer your questions as and when you call them personally? As the public mostly cannot do this, the website information is the only way we can get answers to our questions?


This is the headline from it's page:

Continue to video below. 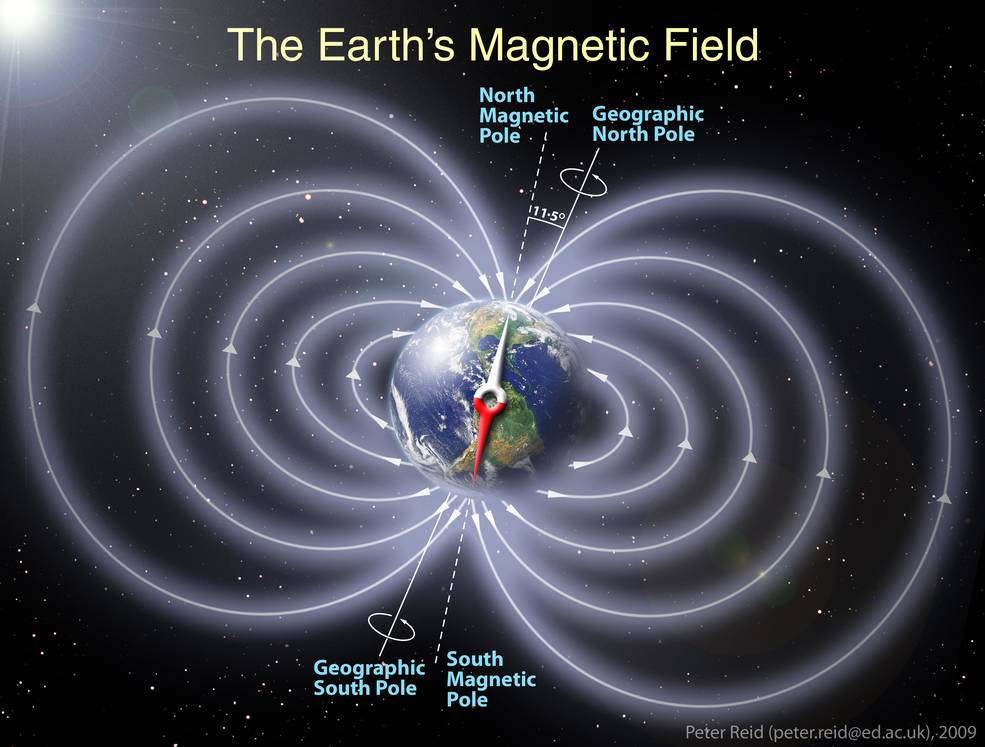 What's gonna cause a pole shift?
What's gonna cause a magnetic pole reversal? NIBIRU is the biggest culprit and it's got the biggest backing as a theory as to what is causing the poles to shift because one thing everybody can agree on is that the poles are moving? The Nibiru/Planet X and a world wide catastrophe, first came on the scene and on to our screens in 1995 by Nancy Lieder. She proposed that she was in contact with extraterrestrials and that they have warned her that Nibiru is going to either collide or near miss the planet earth sometime in the early 21st century?


Nancy Lieder reckons that she has a device which has been implanted in her brain that allows her to communicate with Aliens from the Zeta Reticuli star system? She reckons she was chosen to warn humanity that Nibiru would sweep through our solar system and cause havoc and maybe it will kill off most of humanity? So you can imagine every doomsday cult has latched on to this and chosen it to back up their beliefs?

No scientific persons or educated person will put their name to, or back this idea? This however does not rule out a collision or a near miss with a celestial object i.e Nibiru? However, having the backing of a scientist or an official government body would indeed give this "speculation, theory" a bit of credibility? But, no-one has yet come forward other than a few fringe groups who dabble in pseudoscience? Let's not forget this though, scientists do admit to the earth having gone through no less than 74 pole shifts in the earth's long past!


Scientists have data and evidence of pole shifts from deep holes that have been dug in the ice I think from both the poles? The evidence they got was by way of magnetic fragments and consistent particles found in certain places which all points to pole shifts? There's more to it than that, which leads me to ask this; Has the earth stopped going through pole shifts? Will there be a pole shift any time soon? What caused the 74 pole shifts in the past? Are they sure it won't happen? 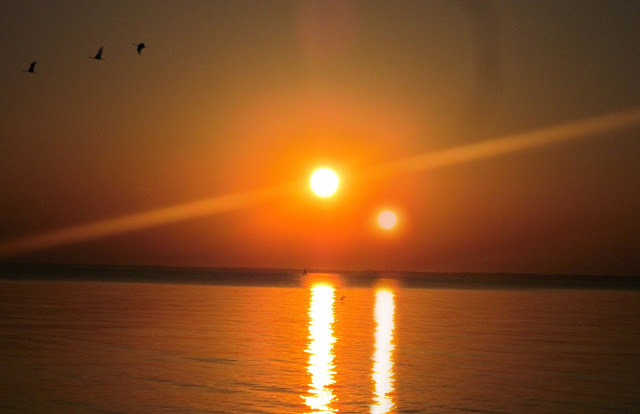 The above ideas are from the website Conspiracy Lie which have some pretty good ideas and overall it makes one think?

Theres a lot to get through?

Here is a few Wikipedia Pole Shift results that I thought you'd like to read just below?

What is the pole shift?
The geographic poles are defined by the points on the surface of the Earth that are intersected by the axis of rotation. Pole shift hypotheses are not the same as geomagnetic reversal, the periodic reversal of the Earth's magnetic field (effectively switching the north and south magnetic poles).

What causes the magnetic North Pole?
Of course, Earth DOESN'T have a giant bar magnet inside it; instead, our planet's magnetic field is made by swirling motions of molten iron in Earth's outer core. Earth has two geographic poles: the North Pole and the South Pole. They are the places on Earth's surface that Earth's imaginary spin axis passes through.

How often does a magnetic reversal occur?
As a matter of geological record, the Earth's magnetic field has undergone numerous reversals of polarity. We can see this in the magnetic patterns found in volcanic rocks, especially those recovered from the ocean floors. In the last 10 million years, there have been, on average, 4 or 5 reversals per million years.

When was the last magnetic pole reversal?
Between the Cretaceous Normal and the present, the frequency has generally increased slowly. The Kiaman Reverse Superchron lasted from approximately the late Carboniferous to the late Permian, or for more than 50 million years, from around 312 to 262 million years ago. The magnetic field had reversed polarity.

What is paleomagnetism and what causes it?
Paleomagnetism is possible because some of the minerals that make up rocks notably magnetite become permanently magnetized parallel to the earth's magnetic field at the time of their formation. When the deposit into which they settle hardens into rock, the magnetization will be fixed. Over time this is deadly as it changes everything on Earth? Remember that time is of no matter or doesn't even register on the scale of infinity?

This "magnetic poles reversal" happens in the blink of an eye, in terms of time going on forever! That's even if it's part of a time scale? If it's not, well then it's not even registered on anything, is it? Humans have lived on this planet for no time at all. On our time scale it's quite literally a blink of an eye because we estimate humans will be around for a long, long time?

So, here below is what NASA has to say on this subject?

Scientists understand that Earth's magnetic field has flipped its polarity many times over the millennia. In other words, if you were alive about 800,000 years ago, and facing what we call north with a magnetic compass in your hand, the needle would point to 'south.' This is because a magnetic compass is calibrated based on Earth's poles.

The N-S markings of a compass would be 180 degrees wrong if the polarity of today's magnetic field were reversed. Many doomsday theorists have tried to take this natural geological occurrence and suggest it could lead to Earth's destruction. But would there be any dramatic effects? The answer, from the geologic and fossil records we have from hundreds of past magnetic polarity reversals, seems to be 'no.'

Reversals are the rule, not the exception. Earth has settled in the last 20 million years into a pattern of a pole reversal about every 200,000 to 300,000 years, although it has been more than twice that long since the last reversal. A reversal happens over hundreds or thousands of years, and it is not exactly a clean back flip. Magnetic fields morph and push and pull at one another, with multiple poles emerging at odd latitudes throughout the process. Scientists estimate reversals have happened at least hundreds of times over the past three billion years.

And while reversals have happened more frequently in "recent" years, when dinosaurs walked Earth a reversal was more likely to happen only about every one million years. Sediment cores taken from deep ocean floors can tell scientists about magnetic polarity shifts, providing a direct link between magnetic field activity and the fossil record. The Earth's magnetic field determines the magnetization of lava as it is laid down on the ocean floor on either side of the Mid-Atlantic Rift where the North American and European continental plates are spreading apart.

As the lava solidifies, it creates a record of the orientation of past magnetic fields much like a tape recorder records sound. The last time that Earth's poles flipped in a major reversal was about 780,000 years ago, in what scientists call the Brunhes-Matuyama reversal. The fossil record shows no drastic changes in plant or animal life. Deep ocean sediment cores from this period also indicate no changes in glacial activity, based on the amount of oxygen isotopes in the cores.

This is also proof that a polarity reversal would not affect the rotation axis of Earth, as the planet's rotation axis tilt has a significant effect on climate and glaciation and any change would be evident in the glacial record. Earth's polarity is not a constant.

Unlike a classic bar magnet, or the decorative magnets on your refrigerator, the matter governing Earth's magnetic field moves around. Geophysicists are pretty sure that the reason Earth has a magnetic field is because its solid iron core is surrounded by a fluid ocean of hot, liquid metal. This process can also be modeled with supercomputers. Ours is, without hyperbole, a dynamic planet. The flow of liquid iron in Earth's core creates electric currents, which in turn create the magnetic field. So while parts of Earth's outer core are too deep for scientists to measure directly, we can infer movement in the core by observing changes in the magnetic field.

The magnetic north pole has been creeping northward – by more than 600 miles (1,100 km) – since the early 19th century, when explorers first located it precisely. It is moving faster now, actually, as scientists estimate the pole is migrating northward about 40 miles per year, as opposed to about 10 miles per year in the early 20th century.

Another doomsday hypothesis about a geomagnetic flip plays up fears about incoming solar activity. This suggestion mistakenly assumes that a pole reversal would momentarily leave Earth without the magnetic field that protects us from solar flares and coronal mass ejections from the sun.

But, while Earth's magnetic field can indeed weaken and strengthen over time, there is no indication that it has ever disappeared completely. A weaker field would certainly lead to a small increase in solar radiation on Earth – as well as a beautiful display of aurora at lower latitudes - but nothing deadly. Moreover, even with a weakened magnetic field, Earth's thick atmosphere also offers protection against the sun's incoming particles. The science shows that magnetic pole reversal is – in terms of geologic time scales – a common occurrence that happens gradually over millennia.

While the conditions that cause polarity reversals are not entirely predictable – the north pole's movement could subtly change direction, for instance – there is nothing in the millions of years of geologic record to suggest that any of the 2012 doomsday scenarios connected to a pole reversal should be taken seriously. A reversal might, however, be good business for magnetic compass manufacturers.