It seems like Astronauts have been taking photos of themserlves with UFOs in the background for decades just like someone walking down the street would see a Ferrari and take a photo of their friend with or next to the awesome vehicle? Well there's no difference with it on the Moon I mean we are only human and for sure it's what I would do, right? But on the Moon it's a "pretend i'm not looking or pretend i'm doing something"?

Imagine walking down the street and you see your dream car? Your with your friend and you get him to take a photo of you with the car? On the Moon it's the same but they have to pretend they're not looking or doing something else? Ho else can you explain the large amount of UFO selfies taken on the Moon? I'm thinking an Astronauts dream vehicle is a UFO, right?

Seriously, there's many examples where the Astronaut taking these photos just so happens to capture a UFO in the background and the other Astronaut pretending to do something or nothing is well, just standing there? I don't buy that for a minuet! These images with Astronauts and UFOs in them are not a coincidence!

If there's one thing you should know about me is this guys, I do not and never will believe in coincidences at all! After seeing the stuff I've seen and the types of things I've seen, I will never submit to the coincidence theory? Different things fall in to different categories and I understand that, I really do, but if one steps back from any "coincidence" situation and looks at the roots, facts and how, what, why and where's of the given situation you'll see that somewhere, in all the chaos, control and often unseen and unknowns there will be a deliberate and planned piece of evidence of which set everything off in it's motion?

That too is just a fact!

Here it look's like deliberate selfies? I mean, c'mon it can't be can it? Am I just putting a modern twist on an innocent image from the Apollo Moon Missions? NO! It seem's to be like these were staged and what's the pinnacle of staging a photograph? It's the selfie, right? Well take a good old look at these images and you tell me if these are not staged? This one right below look's like it was taken today but was from 1969 November. 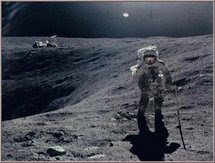 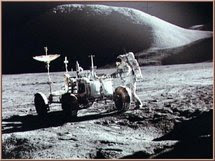 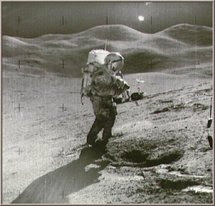 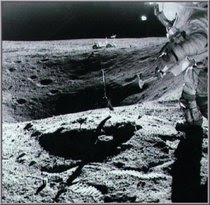 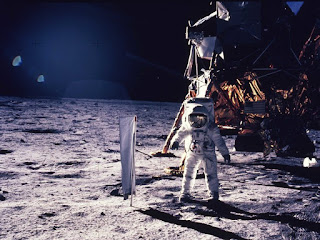 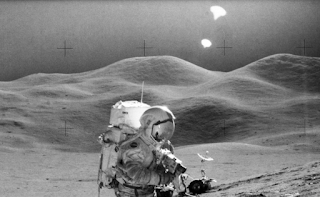 Apollo 15 Again let's take a closer look at this one, it look's like the astronaut taking these images are all framing the Astronauts with the UFOs as if it were a trend or something they did for trophies, like someone seeing a Ferrari on the street and he can't help himself taking a photo of it and lining his friend up in the image, left a bit, right a bit and snap! Perfect framed photo!