The US has got antibiotic resistant bacteria running around in it's midst? The bacteria is been studied by scientists and biologists and a whole host of other scientists related to studying bacteria and genes that mutate and that are really hard to combat? Bacteria is a lifeform which has been on this planet since the beginning and of which we need to respect the fact that it has survived since the begining by either mutating, adapting or co-existing with other bacterias? The force of life within any bacteria is so strong because it usually wins when in a fight to the death! 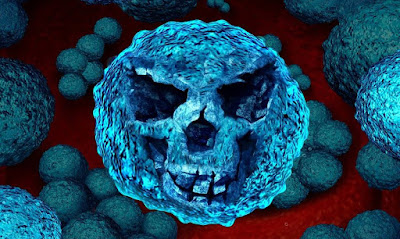 This just beggars belief! How can in this day and age have a bacteria waltzing around the developed and prosperous world? It doesn't compute or computer says WHAT! In the U.S. Many people would be looking you up and down if one was to suggest that in this day and age there was a antibiotic resistant bacteria wreaking havoc? 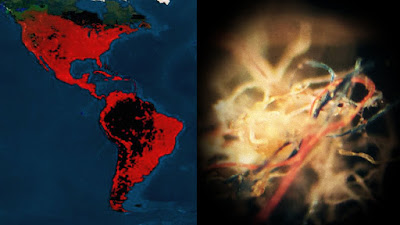 There is questions that need answering but who actually does the answering and how does a "professional" get appointed or is it kind of like a self appointed position? Of course it's the government's responsibility to get a grip on this rogue bacteria and hopefully a once in a hundred years event!

The bacteria must be of the exotic variety or of unknown origins and the third is a mutated strain of some (probably) harmless bacteria found pretty much everywhere... Maybe?

So after finding a really intriguing post online (obviously) i thought what best way to come at this story? Then it dawned on me, just tell it like it is? People will take to that better than having a massive banner with a bloody warning sign or a breaking news advert? Just read the following post carefully and guys, you'll be alright.

Researchers at Chalmers University of Technology and the University of Gothenburg, Sweden, have found several previously unknown genes that make bacteria resistant to last-resort antibiotics. The genes were found by searching large volumes of bacterial DNA and the results are published in the scientific journal Microbiome. The increasing number of infections caused by antibiotic-resistant bacteria is a rapidly growing global problem. Disease-causing bacteria become resistant through mutations of their own DNA or by acquiring resistance genes from other, often harmless, bacteria. By analyzing large volumes of DNA data, the researchers found 76 new types of resistance genes.

Several of these genes can provide bacteria with the ability to degrade carbapenems, our most powerful class of antibiotics used to treat multi-resistant bacteria. “Our study shows that there are lots of unknown resistance genes. Knowledge about these genes makes it possible to more effectively find and hopefully tackle new forms of multi-resistant bacteria”, says Erik Kristiansson, Professor in biostatistics at Chalmers University of Technology and principal investigator of the study. “The more we know about how bacteria can defend themselves against antibiotics, the better are our odds for developing effective, new drugs”, explains co-author Joakim Larsson, Professor in environmental pharmacology and Director of the Centre for Antibiotic Resistance Research at the University of Gothenburg. 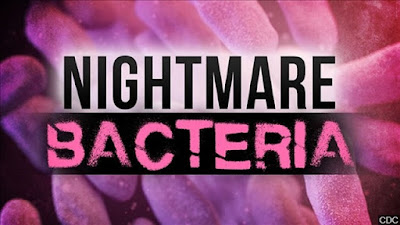 The researchers identified the novel genes by analyzing DNA sequences from bacteria collected from humans and various environments from all over the world. “Resistance genes are often very rare, and a lot of DNA data needs to be examined before a new gene can be found”, Kristiansson says. Identifying a resistance gene is also challenging if it has not previously been encountered. The research group solved this by developing new computational methods to find patterns in DNA that are associated with antibiotic resistance.

By testing the genes they identified in the laboratory, they could then prove that their predictions were correct. “Our methods are very efficient and can search for the specific patterns of novel resistance genes in large volumes of DNA sequence data,” says Fanny Berglund, a Ph.D. student in the research group. The next step for the research groups is to search for genes that provide resistance to other forms of antibiotics. “The novel genes we discovered are only the tip of the iceberg. There are still many unidentified antibiotic resistance genes that could become major global health problems in the future,” Kristiansson says. What’s the solution? We are at a critical junction; tens of millions of people are likely going to die in the coming decades as a result of widespread antibiotic abuses.

The presence of mcr-1 may further speed up the prevalence of bacteria impervious to every single antibiotic currently available Unfortunately, as revealed by Dr. Marcia Angell former editor-in-chief of the New England Journal of Medicine in her book, “The Truth About the Drug Companies“, the pharmaceutical industry wields enormous power over the US government, and pharmaceutical companies have been less than enthusiastic about spending money on antibiotic research and restricting the use of antibiotics in agriculture. After all, agriculture accounts for 80 percent of their antibiotic sales. So we cannot depend on them for a solution. There are no quick and easy answers here.

The impending superbug crisis needs to be addressed from a number of different angles, including the following:


Bacteria that is resistant to antibiotics is a common occurrence in today's world? It seems the bacteria loving planet allows it to flourish in all manner of ways? It either lives in the PERFECT or IDEAL conditions t|hat seems to be made from a design? Like a commune for hippies or a perfect getaway with which all aspects of living and health are all taken care of? You the thing is this, we humans act near enough like a virus? We spread, we turn lovely green colours to a deathly grey concrete colour with buildings as bubbled earth like boils and we keep spreading from Earth to the Moon to Mars etc even asteroids are in the sights of NASA!

Were gonna infect the whole universe!

Will Aliens allow that?