How will the world end on April 23rd 2018? If you believe any theories then this one is not one of them? It's not going to end, but we researched the apparently decoded works by David Meade as much as we could literally stand because I hate it when people latch on to the Christian Bible and say that "they" can decode it, like they have special powers or divine intervention? It is totally wrong to latch on to another persons religion and distort it, twist it, defile it and make it out like your the only one who is able to decode it? Like it's got any codes inside it, it is what it is and that is the word of God right? It is not some secret conspiracy at all! David Meade is wrong on this one big time! 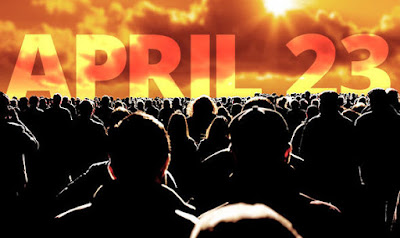 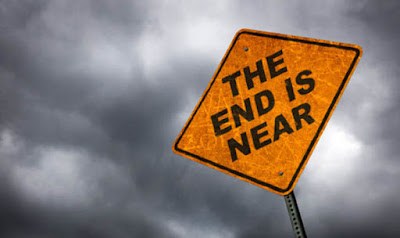 So I first came across this conspiracy theory on complex.com (follow the link) and they've done a really good investigation or researched it well. It still never answered some of our questions so we decided to check this out further and "low and behold" - everyone is saying pretty much the same thing i.e who it is actually saying it, when it will happen and is time travel really a part of this?

That's it basically. So that doesn't immediately debunk it (just because we've mentioned time travel) but it definitely makes one think that this could just be "Chinese whispers" and nothing more? BUT then it say's it's Nibiru! Yep, Nibiru is the apparent culprit? Well in the website we just mentioned they've found a massive and defining clue about this conspiracy theory and it's to do with David Meade the Christian conspiracy theorist who has basically contradicted himself BIG TIME? He say's the end of the world will happen on April 23rd but yet Nibiru will pass the Earth in October?

Like the Complex website say's, unless the world will end twice this is a straight up piece of nonsense! It goes further and this really upsets me and get's me really mad! People are latching on to the Bible and saying that there's some codes in the Bible and they've decoded them and that's where this information comes from?

It is insane stuff if you ask me? 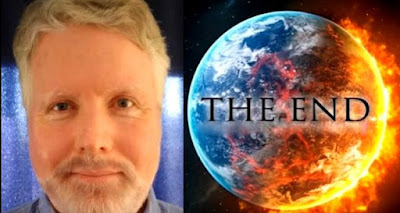 Some wacky conspiracy theorists, according to Daily Express, have pointed out codes in the Bible that imply that "the end of the world is imminent, with the Earth set to be destroyed on April 23," said theorist David Meade. According to Meade, the supposed positioning of the planets and constellations is just another signal that the end of the world is almost here. The theory claims that the planet Nibiru, or Planet X, will appear on April 23.

Well, the planets are always in space and they've gotta be somewhere right? But to say that the way they line up against the backdrop of the Earth, well for me personally I don't think this is enough or actually any evidence of the imminent doom of this planet! It is pretty lame to say this? I know some people study this "astronomy" but to say that these planets can wreak havoc just because X, Y, Z planets are aligned with the Earth (but still nowhere near the Earth) is just unimaginable to me!

Below is quoted text from the post on the Complex website:
But then, Meade said, the planet will pass the Earth in October. If that makes zero sense to you, you're not alone (unless the world is set to end twice in one year, which seems a little excessive to be honest). Meade said Nibiru passing Earth is what will begin the Rapture with massive volcanic eruptions due to its gravitational force. Huh. Don't fret: If there was even an ounce of credibility to this theory left, Space.com claims to have debunked it and NASA is also on board to disprove the theory. 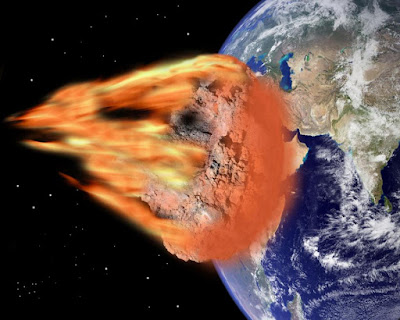 Space.com said that Meade's prediction of the sky arrangement is completely false. NASA has said multiple times that Nibiru or Planet X does not exist at all and that the theory is nothing but a hoax. There you have it, according to the experts Nibiru doesn't exist? Although I do believe ijn Nibiru, I don't think it is going to destroy the world at all! The world is probably not going to end this April but if you want to entertain yourself with some wild theories, head on over to Daily Express. If you're into actual science, check out the Lyrid meteor shower, which will peak on April 22, according to USA Today.

So there you go, if you wanna check it out for yourself then please do that? There's loads of stuff online check the links out and enjoy the last few days ha, lol.