MUFON Director of research has given his letter of resignation and it is here in full for you to read? It suck's big time but totally understandable! Having to give up your job because of someone been so single minded and "racist" has just gotta suck big time? I can't understand still in to days world that people find this stuff acceptable and what's more to be so unconscious of the views of people in general? Racism is not acceptable at any lengths but to lose your job or give up your job because you've gotta stand up and take the flack well that just is plain terrible and further more, to realise that the person responsible is still in your organisation is just pure evil and wrong!
The Mutual UFO Network's (MUFON) Director of Research, Chris Cogswell, resigned recently after learning that John Ventre is still a part of the UFO investigation organisation. Cogswell, a Minnesota-based researcher with a PhD in chemical engineering, released a statement last Friday following his decision. 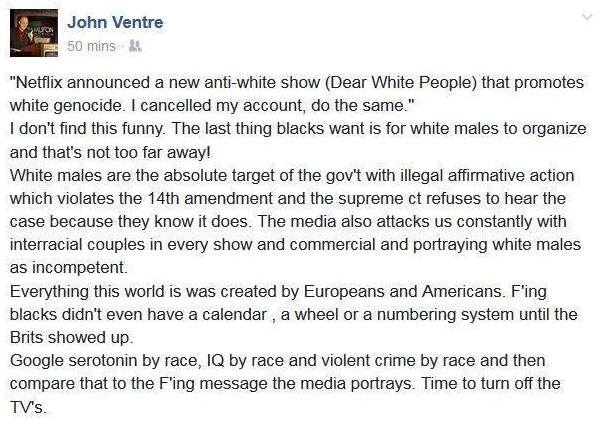 To whom it may Concern,

It is with a heavy heart that I must report my resignation from my position as director of research for the Mutual UFO Network. Yesterday afternoon (Friday, April 13th 2018) it came to my attention that John Ventre, former state director for Pennsylvania, has had a continued role within MUFON as an active member, is listed as a paid consultant, conference coordinator, and treasurer for the PA chapter, and is a part of the preparations for the upcoming symposium. I was stunned to receive an e-mail from Mr. Ventre stating that he was the “guy putting together the symposium” for National MUFON, and even more stunned when his involvement was not strongly condemned and denied. Had I known that Mr. 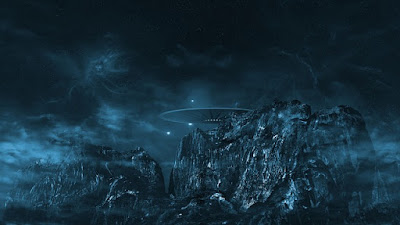 Ventre was not completely removed from MUFON, despite the upheaval that may have caused and potential further resignations that may have followed from those who did not see the issue with what he wrote, I would never have joined. I believed, as I am sure the vast majority of the interested public believes, that he had been completely removed from MUFON and any attempt to return to the fold of this organization would have been completely and instantly rebuffed. However, as l have now discovered through discussion with MUFON, looking at the MUFON PA website and their list of upcoming speakers at their local conventions, and investigating the public comments from Mr. Ventre since his racist diatribe it is clear that this is not the case.

I expect this evidence will be removed from these websites, as it is clear that this process has already begun taking place. When I joined MUFON I had hoped to bring a scientiﬁc viewpoint and strong critique of ideas to this field. Sadly, it appears I will have to attempt that effort elsewhere. I am very grateful to those who gave me the opportunity to begin this process, and to those who believed in my plan moving forward. I am sorry that my trust was misplaced, and that your trust in me was not protected correctly,

Many are now questioning whether MUFON's continued association with Ventre could indicate established, systemic racism within the organisation, or even the entire ufology community.

But, I can tell you (even though I'm not a member of MUFON that Ufology has no place for this type of racism or any types of racism, PERIOD!

Many are now questioning whether MUFON's continued association with Ventre could indicate established, systemic racism within the organisation, or even the entire ufological community. MUFON removed Ventre as the director of their Pennsylvania branch in 2017, following the scandal, but he is still active in the organisation as a paid consultant, conference coordinator, and treasurer; similarly, while many ufologists and members of the fortean community decried Ventre's racist opinions, he is still invited to participate in community events, with an upcoming speaking engagement at the Mile High Mystery Conference in Colorado.

Ventre is scheduled to speak alongside such notable industry members as Linda Moulton Howe and David Paulides. The conference is scheduled to run May 4th through the 6th in Green Mountain Falls, Colorado. 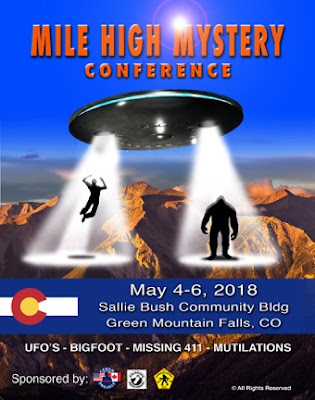