The end of the world is coming when Jesus Christ returns just before the new year, according to this Christian computer scientist Nora Roth. It will be the end of everything we know and it will take place just as the new year comes in? Nora Roth reckons that 2017 won't even get a look in? How did she find this out, by deciphering the book of Daniel, no less from the Bible. You need to read this because it shows either 2 things. Number 1, this is a real deciphered code or number 2, this lady has the best intentions but sadly has a mental health issue? Read on and leave a comment please...

THE world will end in just three weeks when Jesus returns to the Earth, according to a Christian computer scientist.


By analysing the book of Daniel, Nora Roth predicts 2017 will not even get a look in, with the apocalypse due by New Year’s Eve. Ms Roth, a Bible student and computer scientist, revealed her shocking theory on her blog The Mark of the Beast Explained. The conspiracy theorist has based her predictions on complex calculations which suggest the apocalypse is imminent.

Imminent doom for the northern hemisphere, the video was pulled but this Extraterrestrial species sums up the whole post even though 2017 came and went and we are all still here: 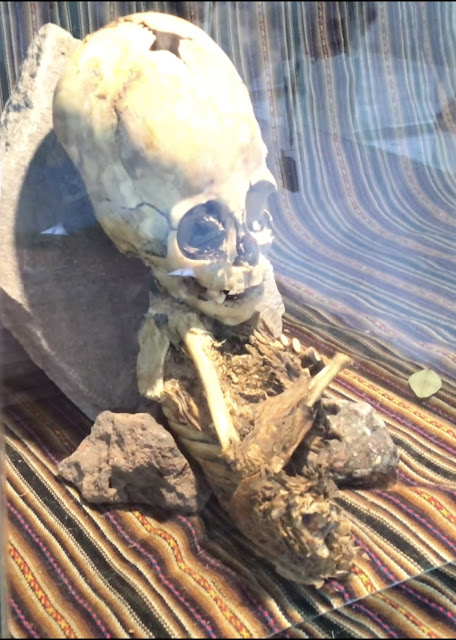 Credit: Google/UFO Sighting's Footage.
After looking at Bible passages and examining "God’s clocks of the sevens" based on the so-called “sevens” prophecy, Ms Roth claims “everlasting righteousness will be brought in” and Earth will be “left to rest” for a millennium. Writing on her blog Ms Roth said: “Are 6,000 years of sin almost over? Will Jesus come in 2016? The Bible presents enlightening, logical, and compelling answers to these questions. In short, yes!” The Christian scientist looks to the Book of Daniel to prove her point.

Are 6,000 years of sin almost over? Will Jesus come in 2016? The Bible presents enlightening, logical, and compelling answers to these questions. In short, yes! Nora Roth

In the story, Gabriel says “Seventy sevens are decreed to put an end to sin.” Ms Roth says the “sevens” are a unit of time known as the Jubilee Cycle and, by extending the scale, claims the world will end in 2016. But despite Ms Roth’s macabre prediction, she admits that the Bible does not reveal when the doomsday will arrive. Matthew 24 says: “But of that day and hour no one knows, not even the angels of heaven, but My Father only.”


Baptist minster Mark Woods, writing for Christian Today, has poured scorn on the theory. He said: “This way of reading the Bible is called ‘millenarianism’, and it tends to be a function of extreme biblical literalism and a lot of social stress – war, poverty, social change etc. There's a lot of that going on at the moment.” The minister says it would be a “sheer coincidence” for someone to correctly predict the end of the world.

Mr Woods says Ms Roth’s prediction should not stop anyone from writing their Christmas cards and warns people to be careful when reading the Books of Daniel and Revelation. He said: “They are difficult books", and we should be very cautious about how we interpret them. As a general rule, it's safe to say they haven't got much to say about the future, but they have a lot to say about the present. “And while Ms Roth is almost certainly wrong about the Rapture coming by December 31, Jesus also tells his disciples to watch and be ready for his coming at any time.”