This is a post about an ancient Egyptian sarcophagus that's been buried for thousands of years and it is a disgusting mess inside. It looks as dry as a bone on the outside but filled to the brim on the inside with raw sewage water. How, why and what the heck is all this sewage water doing inside because it's been sealed for thousands of years? Plus some are saying that the sarcophagus has been switched with another one as it looks nothing like the other one from the other week.

Guy's this seem's impossible but it's true, this is literally full of sewage and it's raw sewage, how could that even be possible? I am not taking this out of context neither, that is what is been reported.

Work this out then:

If the skeletons have decomposed yeah, why hasn't the raw sewage?

This has been switched and very poorly!

Don't leave this where it is, this need's to be looked in to especially if there's suspicion that it's been tampered with? It's full of raw sewage, but how? It is bone dry (excuse the pun) surrounding the first sarcophagus we saw? 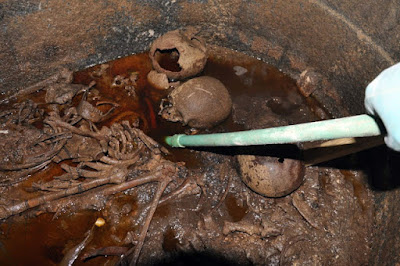 Absolutely disgusting plus it look's like this nearest skull has a bullet hole in the top of the skull?

It's been sealed for thousands of years and there's apparently 3 bodies in there, it was made for one? It is so strange that I think there's been a switch as some people on another website called Disclose.tv think it's been switched and the contents removed for that though you need to read the comments and that's where peoples suspicions are growing and some has got valid points.

It kinda makes sense as they've really dragged their feet on this and apparently the guy's on Disclose say that the lid's are different and that comparing the two sarcophagus to one another "before and after" shots they are totally different? I'll give you this link to go and check out on what you think about the whole story over there. 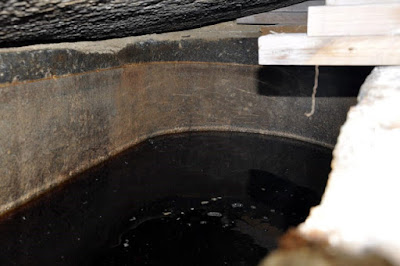 Several officials of the Ministry of Antiquities headed by Dr. Mostafa Waziry and Dr. Aiman Ashmawi have witnessed earlier today the opening of the black granite sarcophagus in Alexandria. The sarcophagus caused controversy in the media since the announcement of its discovery. What was found inside was certainly not expected after all the anticipation. Link to the source I have researched.


It was filled with sewer water and contains 3 skeletons. Shaban Abd Monem, specialist in mummies at the Ministry said “Preliminary examination suggests the skeletons belong to 3 army officers, one of them his skull shows an injury of an arrow. 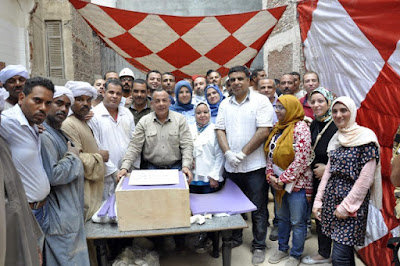 The skeletons will be taken to the storerooms of Alexandria National Museum for further studies and dating. As for the sarcophagus, after initial restoration, it will be moved to the storerooms.

So yeah it beg's the question of why there's three skeleton remains in the sarcophagus which have decomposed like all of the tissue has gone, but the raw sewage has not decomposed? that's a closing argument from me.


There was a statue of supposedly the "one person" in the sarcophagus? This just proves how badly the so-called experts get it wrong when giving their expert opinions? They never bargained for the thing to contain 3 skeletons so take your pick at who it best looks like, lol. 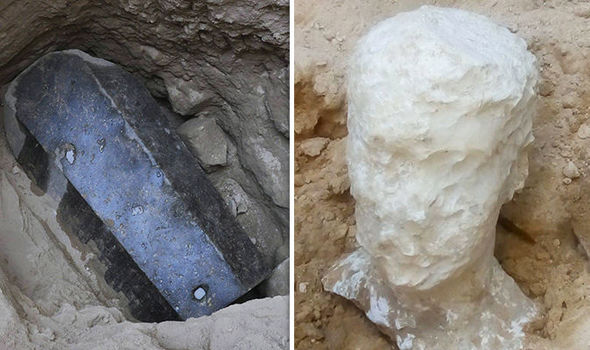