Here we go again, Pussy Riot members have been jailed again for staging a very simple but effective form of protest. They got 15 days in jail but for someone like a Pussy Riot member this is a badge of honor. I don't think they could of done it better even if they tried? Dressed as the police though must of been how they got on to the pitch in the first place. 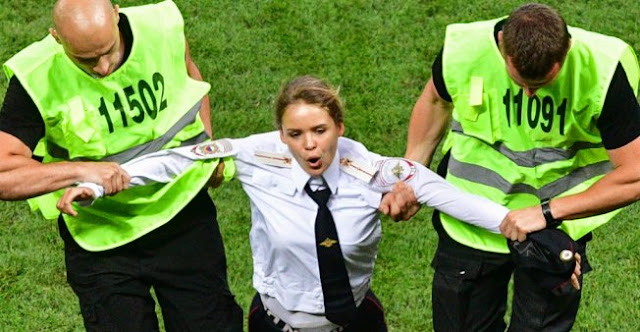 They were found guilty of “grossly violating the rules for spectators’ behavior” and given the maximum punishment possible under the charge. Verzilov is the founder of Mediazona website, which reports on trials of rights activists. The four ran onto the pitch at Moscow’s Luzhniki stadium on Sunday and briefly halted play in the second half of the match between France and Croatia, watched by President Vladimir Putin and world leaders including French President Emmanuel Macron. 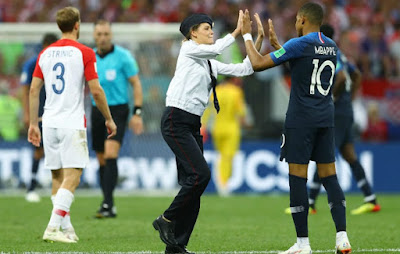 Pussy Riot immediately posted messages on social media claiming responsibility for the protest and issuing a list of six political demands. “Let all political prisoners free,” said the first. Others included an end to arrests at peaceful rallies and to “allow political competition in the country”.

Pussy Riot is most famous for performing an anti-Putin protest song in a central Moscow church in February 2012. 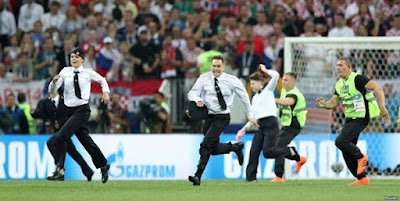 This is what it's like in Russia though, people have to protest like this otherwise they face being beaten severely in the streets and back of police vans. They need to stage public protests because the attention is on them and that's good thing? It doesn't matter how you look at it, they are not harmful, they are over the top but not in a hurting way, only embarrassing the politicians that are corrupt and in cahoots with the state sponsored media. 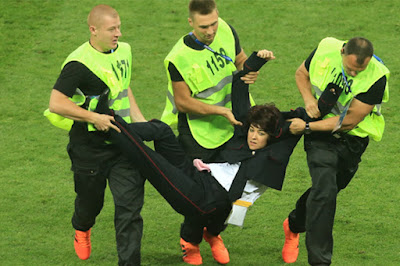 Three of the group’s members were convicted of “hooliganism motivated by religious hatred” at a trial that attracted global media attention and drew protests from rights groups. Group members Nadezhda Tolokonnikova and Maria Alyokhina were released after serving 22 months of their two-year sentences. The other convicted member, Yekaterina Samutsevich, was given a suspended sentence.