USS Atlanta Blown Up With Scientists On-Board "For Science"

The limited test man treaty prohibits anyone from testing nuclear weapons above ground and so the US used tnt instead to simulate the explosion.

I have to post this "operation Sailor Hat" video, because it's bloody bonkers of the highest sort!

Science is very important, I totally get it but is it that important we put 169 of military personnel and many, many scientist's on-board the USS Atlanta just to see what would happen to it (and themselves no doubt) when they blew it up using TNT... Is worth it? I really, really don't know about that, do you and hence the totally bonkers bit. 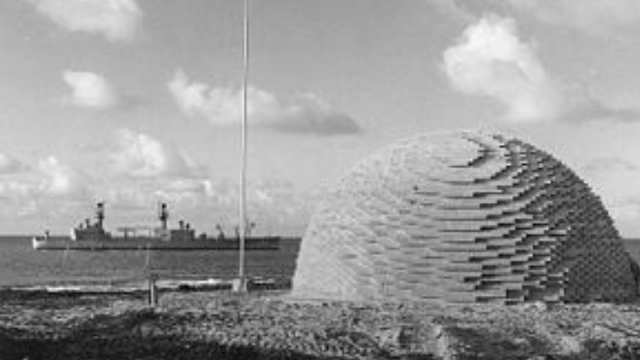 The "operation" and I say that loosely in brackets because I'm deliberately pointing out that it's supposed to be an operation. But to me at least, it seems like someone was bribed or at the very least they was sedated with long words, pie charts and statistics upon statistics till they were frothing at the mouth. Because if you come at me while I'm stroking a degree working on top secret things and probably a Nobel Peace Prize under my belt, there's no way on this Earth I'm staying on-board in fact I'm not even in the same zip code.

Here's what Wikipedia says about OSH:

Operation Sailor Hat (OSH) was a series of explosives effects tests, conducted by the United States Navy Bureau of Ships under the sponsorship of the Defense Atomic Support Agency. The tests consisted of two underwater explosions at San Clemente Island, California in 1964 and three surface explosions at Kahoʻolawe, Hawaii in 1965. They were non-nuclear tests employing large quantities of conventional explosives (TNT and HBX) to determine the effects of a nuclear weapon blast on naval vessels, and the first major test of this kind since Operation Crossroads in July 1946.

The scientists must have been confident that they'll be okay with the blast been where it was and it been so close? I still would have been on the other side of Hawaii though.

The scientists stayed below deck, so I suppose and I assume that all was good. "Yeah whatever mate, I couldn't believe what I was hearing the narrator say in the short video." That well and truly takes the biscuit because of what has happened to the mannequin on the top deck, while been exposed to the blast.

Mars is teeming with UFOs just like this one

Also the size of the TNT blocks stacked high (33 pounders) and piled up into a massive "half sphere dome" totally and utterly beggars belief. I can't imagine a worse place to be when all that TNT (mountain of boom boom) goes up? Plus it's more than likely the largest loophole ever gotten through lol.

If the Military/Navy top brass asked me to stay on board a Navy ship while they were putting the world's biggest pile of TNT next to said ship, well I'm officially absconding from the military and heading for the boarder! I'd probably be thinking that it's a hit or a group hit and they're disposing of evil evidence and there's no way I'm being part of the cover up.

The Moon has an Alien presence/concrete evidence

What in God's kingdom is the correct answer to the question of blowing up the biggest pile of TNT and asking people to stand next to it? What the hell is that all about lol. The blast is the same as a nuclear weapon for crazy sake! 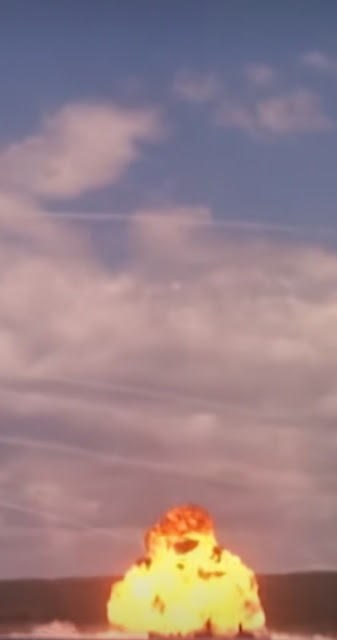 Apparently the people on-board were okay because they were below deck but before that, it sounds like the worst event mankind could ever officially get away with in the name of "science".

It's a 34 by 17 foot hemisphere of TNT with individual TNT blocks weighing in at 33 pounds each! Insane amounts of energy ⚡ was released in such a short span of time that when this bad boy went off, they were already undermining the treaty because they were fully committed to a huge boom, just how they got there was a bit different.

Ah politics, you gotta love/hate the way it makes people want to be the worst specimens that they can legally be! It kinda brings out the worst in people under the guise of "the greater good". I know some good comes out of politics but more often than not, there's usually a dark twist.

And it's all a legal loophole just so that the boom happy top brass can get their explosion fix. And here's why:

The limited test man treaty in 1963 prohibited testing nuclear weapons (above ground I believe) etc and so that's where the legal loophole jumping came into effect because they switched the nuclear materials with TNT and lit the fuse and ran with it. It's actually quite scandalous if you ask me - but then again I hate all the authorities so they can never get any slack cut from me!

I just have a problem with one human being or many human beings "legally" lording it over another! Give a human being an inch and they'll take a god damn mile and that's every single time. I prefer equal status AND just being a decent human being because it ain't hard is it.

Here's the very short video but it gets to the point:

Please leave a comment and tell me what you think about it, cheers guy's.