Spacecraft on a Comet NASA Just So Happened To Visit

This UFO on the side of the comet is about as good as it gets. The UFO evidence in NASA’s own archives is astounding. You should have a look.

The universe is so big, so spacious and so unforgiving that the chances of finding life in any particular direction is a million to one!

Read on for the most bizarre discovery yet in NASA’s own evidence. 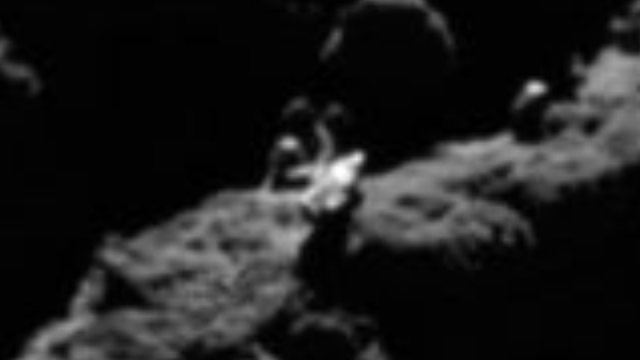 Credit: ESA/Rosetta/MPS for OSIRIS Team MPS/UPD/LAM/IAA/SSO/INTA/UPM/DASP/IDA/UFO Sightings Footage/Canva.
But lookey here, look at the structure on this comet that NASA just so happens to picks out of the Trillions and Trillions of comets just in one direction of space! I'm blown away, completely and utterly floored by the sheer cahooners on NASA. It's hidden in plain sight just sat waiting for you to go check it out. Click this link for all the minute details about this comet and why they went, who, what when and where is all here.
They (NASA) isn't allowed to tell you or me, so they just send millions and millions of photos to their archives waiting for you to stumble upon. 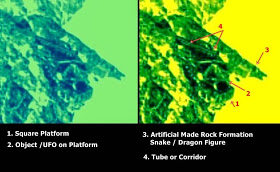 Credit: NASA/Brainexplor/UFO Sightings Footage/UFO News/Canva.
Remember, even a freedom of information request won't help you. Be resolute, be decisive and be the person you know that you are and make a decision on what you see. Don't wait for anyone to tell you if what your looking at - is "strange as hell". And that if it's on a comet in space, it shouldn't be there!
Related post
Comet 67P initial discovery
Oh and it just so happens that NASA has stopped by "just to get a quick sample". You do know that they don't need to go there to know that. A simple laser would tell them all that they need to know.
I'm uploading a few other pictures from the NASA archives in this post also whi h other people have discovered. 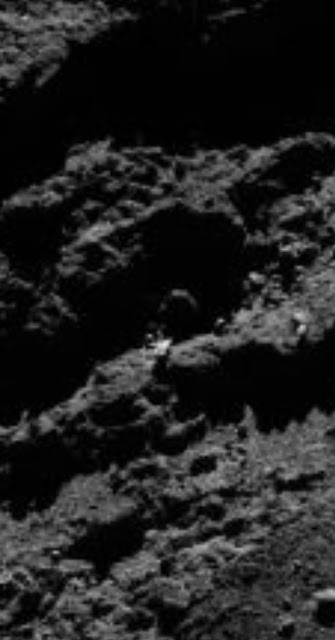 Credit: ESA/Rosetta/MPS for OSIRIS Team MPS/UPD/LAM/IAA/SSO/INTA/UPM/DASP/IDA/UFO Sightings Footage/Canva.
If we're going to believe that these are structures and not our structures, not human engineering endeavours then it only leaves us with an Alien connection. Sherlock Holmes said "blah, blah, blah whatever is left no matter how doubtful it must be the answer?" 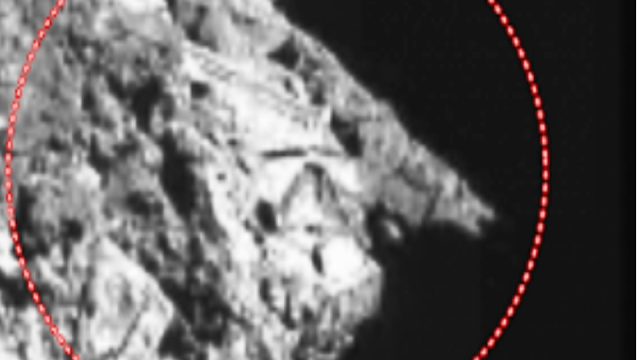 Credit: ESA/Rosetta/MPS for OSIRIS Team MPS/UPD/LAM/IAA/SSO/INTA/UPM/DASP/IDA/UFO Sightings Footage/Canva/Brainexplor.
Okay, maybe not that exact same wording but in a nutshell, if we didn't erect any structures, make or create and build any structures, if we hadn't taken the materials from the Earth to these off world places then it omly leaves Extraterrestrials.
I basically spelled it out there so as not to leave any doubt whatsoever as to the creators of these wonders of the universe.
And as for these specific NASA photos, I've said it before that NASA won't tell you or me on TV or radio, podcast or other that Aliens exist because they can't! They're forbidden from telling us that Extraterrestrial entities exist by the politicians who control NASA.
But, that's just my understanding of the way NASA’s run. That's my deduction based on all the information from the NASA websites. I have personally come across some intriguing Mars anomalies in NASA’s own evidence. In the NASA archives. They can't tell us what they are discovering but they do add all their evidence to their own archives which everyone should check out.
They can't confirm it, but they will let you know - just without the authorities giving the acknowledgement. I'm completely fine with that, I'm absolutely fine with that because where I used to see a strange figure in the Mars Rovers photos, I'd doubt what I'm looking at. But now, I realised that I was just looking for approval.
I'm not stupid, I can tell the difference between intelligently made artefacts and natural made formations. Seeing familiar things in clouds, rocks, stars or anything else that you can see something there that isn't but looks like it is called pareidolia. Check it out.
However, pareidolia cannot be involved with sound can it because pretty much on the anniversary of the landing of the Philae Comet Lander a mysterious sound has been detected and it sounds truly Alien!
Check out this YouTube video from The Cosmos News YouTube channel.
Credit: NASA/OSIRIS PlanetGate/UFO Sightings Footage/UFO News/Canva/Brainexplor.