Here's the concrete solid proof that the Chinese Government is present on the Mars surface. 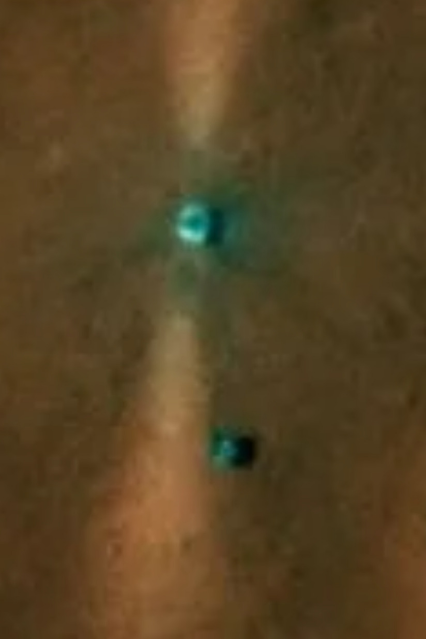 Soil disturbance created by the landing rockets is seen around the rover platform. Zhurong itself has trundled off the platform for a short distance. 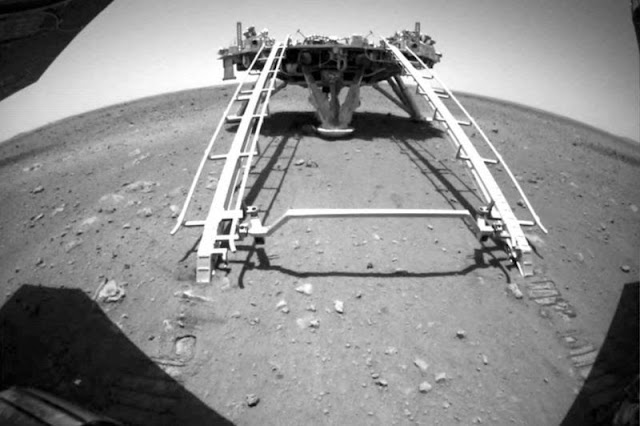 The Zhurong rover drove down the ramp of the lander on to the surface of MARS - BBC.

It now raises the question of how will the US Government move forward and does it mean that the US (first come, first served) will have to divide up the surface of the Red planet and share it? Or will the US Government do the right thing and cooperate with China for the greater good on behalf of humanity for the sake of science and each other.

To lead by example because...

There's a scramble to get to Mars, there's a ton of historical significance in being the first country to do anything in space! When anyone comes to the realisation that they can do anything (if not do better) than what's on offer, they tend to go it alone and sometimes that's a good thing because it creates rivalry and standards are high. 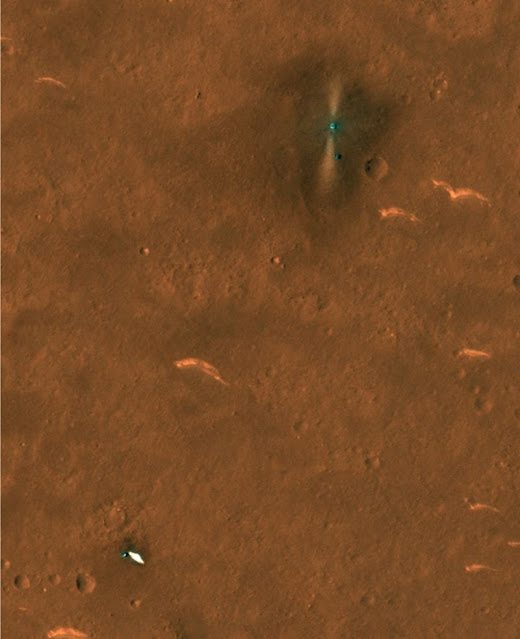 MRO-HiRise locates the parachute and backshell (the top half of the entry capsule) courtesy of NASA MRO.

"Space first's" just like the world first's are now up for grabs. But I'm sure it isn't a world record that's beckoning to the Chinese or the US for that matter! It's something much more important, it's creating a new destination, laying the foundations for interplanetary travel. The human race is going to have a colony on most planet's within the galaxy.

Once we have total control over speed and materials including the engineering processes needed to propel human vehicles to the four corners of the universe unscathed, once we master that and the fabric of space itself,

Something is calling the Government's of the world right now, to come to the Red planet?

I'd like to know exactly what this is, and if it's possible I'd like to know more about the many strange anomalies that NASA has been uncovering since the very first Mars Rover beamed back images.

I really hope that they (China and the US) both work together for the greater good. Please, just think of the greatness that could come from these two vast agency resources been put together "pooled together, if you like" for the first time ever, in the history of mankind?

Two world superpowers coming together to get Mars figured out, bagged, tagged and a road map to success being put in to action over the next "generation". That would be sic.

What we could achieve would be epic, setting aside their differences to come together to bring mankind one step or two steps closer to becoming an off world species that has a second home in the form of a colony on Mars - that makes me happy.

Quote from the BBC:
An American satellite has pictured the new Chinese rover on the surface of Mars.
The image acquired by the Mars Reconnaissance Orbiter (MRO) shows the Zhurong robot a short distance in front of its landing platform.
It's the first independent confirmation of the Chinese mission in action.
The HiRise camera on MRO (Mars Reconnaissance Orbiter) also detected the parachute and components of the capsule (backshell and heatshield) that brought Zhurong through the atmosphere.
It makes me want to know a lot of answers to a lot of awkward questions. Is the US spying on the Chinese or is this just a part of the Mars surface that was going to be Photographed anyway? I actually believe (based on fact) that these photos were released because they were always going to be released because this area was to be Photographed. That makes sense to me, how about you?
Anyway, I don't think the MRO is equipped to spy on anything because when it was designed to orbit Mars there was only the US present. I understand foresight but I don't understand magic ball prophecy lol. There's no way that anyone could have known at the time the MRO was being designed that any other Government would have vehicles on Mars.
Here's a great video of the Chinese Mars Rover.
Credit: South China Morning Post YouTube.
BBC quote again:
The rover landed on 14 May in a region of the planet called Utopia Planitia. This is a vast terrain in Mars' northern hemisphere.
After releasing pictures of the vehicle rolling down the platform's ramp a few days later, the Chinese authorities then went into a long period of quiet before providing their own black-and-white satellite view of the landing site earlier this week.
Now, MRO-HiRise has followed up with a colour perspective.
Chinese scientists hope get at least 90 Martian days of service out of Zhurong
The robot looks a lot like the US space agency's (Nasa) Spirit and Opportunity vehicles from the 2000s and it weighs 240 kilos which is very heavy for a Mars Rover.
Credit: NASA-MRO/JPL/CNSA/Reuters/BBC/UFO Sightings Footage/UFO News/Canva.