This The Most Fake UFO You'll Ever See... Right

This is most likely a fake UFO, but why are people faking UFOs and for what purpose. Is it to just pull the wool over people's eyes. UFO Sightings.

I really want to say "give your head a good shake" or "your kidding me, right" because there's absolutely no way on this Earth that this UFO can be real, can it...

But, and that's a big but because I always talk about practice being open minded or try thinking outside of the box as it cost's nothing but this time the UFOs definitely fake... I've got to practice what I preach though because if not when I talk about keeping an open mind it'll mean nothing, right.

At the heart of the phrase "it only takes one to be real" there's common sense and a practice of giving the benefit of the doubt. But sometimes I can't even bring myself to check them out because they look so fake, like this one. It looks like Mad Max met a plumber and they both have an art's and crafts session with this being the outcome. 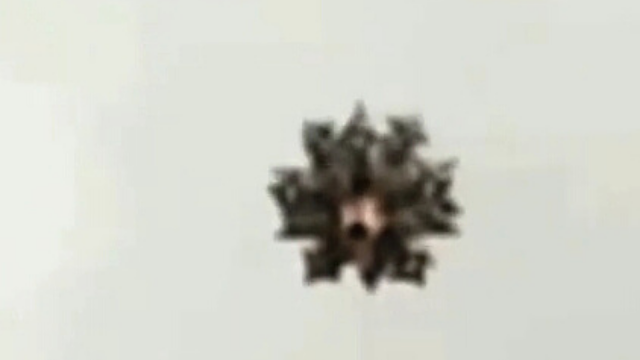 This Gaudy looking UFO looks like a hoax but is it really a fake UFO just because I don't like the look of it? It's a strange thought that, because I've got no degree in UFO identification lol and nothing separates my opinion from the next person's as being better or more qualified than their's but yet just one glance is all I need, surely that can't be right - can it?

But we all do this, it's not just me!

Surely that can't be right but to be honest, let's get back to reality. It's rubbish, it's childish and the guy (yes, definitely a guy not a woman) the guy that hoaxes it, that filmed it is a definite moron and needs to be honest with the world because it's putting Ufology back. Unless we see it for what it is and we all learn from it and it helps separate real UFOs from the fakes.

I must at least look at the lesser likely UFO sighting's or look at the so-called Gaudy looking UFOs even if I don't like the look of them. See, I have a predefined idea that's defined and refined itself over time of what I like the look of in a UFO and that's completely shaped my belief of what a UFO should generally look like but is that wrong?

I don't have an innate ability to weed out the real UFOs from any UFO sighting. 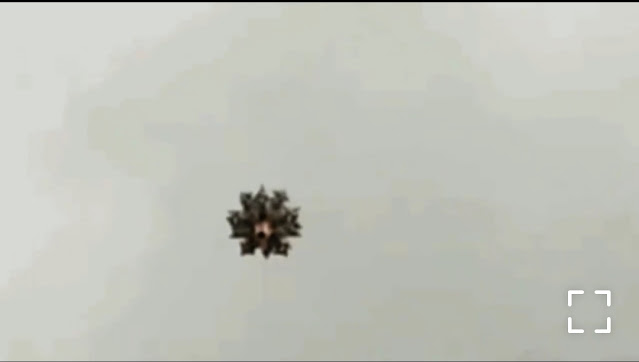 And come to think about it, how pretentious and know it all is that! It's almost like I'm not even prepared to consider anything else outside of the predefined UFO look that I've already agreed to. It's insane when I think about it, you know, practice what I preach and all that. Somehow I've forgotten that crucial ingredient of open mindedness and It's as if my opinion trump's the evidence, the tangible evidence. I'm really starting to see how closed my eyes actually are now.

It's taken a UFO which I'd normally dismiss without batting an eyelid. It's given me one thing if anything, it's given me back my grounding, my Earthing so-to-speak. Because I have been dismissing a lot more than I've been reading up on. I've looked at this UFO video and I checked it out and thought "please" you've got to be kidding me!

It looks about as real as a ten Bob note. But I must as a researcher and for personal reasons I must dissect the UFO video showing us either a fake UFO or a different kind of UFO. I'm hoping that this will turn out to be a genuine unidentified, unknown craft and that there's no difference between this UFO and the UAP videos right.

Here's the video, and guys if you can allow yourself to watch it till the end, please leave me a message telling me what you had to fight feeling wise or why you think it's fake.

The time for faking UFOs is over, there's no need for it because UFOs are real anyway. Just stick a camera in the air, you'll probably have a UFO on the end of it nowadays. There's literally hundreds and hundreds of UFOs been filmed everywhere, every month so you don't need to hoax anymore. Please share your thoughts and also share this post, cheers.