Home
How To Prepare For War
sweden

Sweden Sends Out Leaflets On How To Prepare For War

Sweden just sent out millions of copies of a war phamphlet the equivelant of get ready for the next threat or get ready altogether for all out war with Russia? The illustrated instructions went online Monday and are being sent to all 4.8 million households in the country in the first such public awareness campaign since 1961. The handbook was last updated for government officials’ use during the Cold War.
What does Sweden know that we don't know? 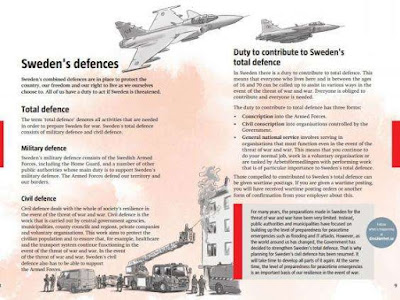 Sweden tells citizens how to prepare for war - for first time in 30 years!

Seriously, i'm not kidding around. The Swedish government has just sent out 4.8 million booklets on war advice in case of an attack and where to go, feed themselves and where bomb shelters are? WTF! Just why would the government of Europe i.e Sweden be thinking, doing and preparing along these lines?

It screams iminent war. It screams I don't care that our intelligence says a war is coming and the countries involved have asked us to stay quiet - were going to tell our people to duck and cover! They've stopped short as to who is going to be involved but gone full steam on telling us "the world basically" that war is iminent! OK they've sent the books to their own households and people but they may of aswell sent every house in the world one because online media has made the world a very small place indeed. They knew within minuets of the first book been put through the letter box that would be scanned and put straight on social media which in turn takes on a whole life in itself and would be in practically every inbox in the world at some stage or another? 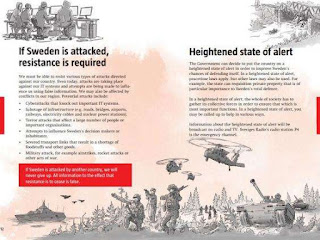 Duck and cover because something is going down!

The official story is below:

Sweden sends out leaflets on how to prepare for war! 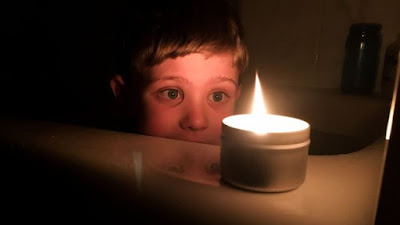 The booklet suggests having candles and tea lights at the ready in case the electricity supply fails?

Salmon balls, tea lights and wet wipes. These are just some of the things Sweden has advised every household to stock up on in the case of war. Its government has sent leaflets to 4.7 million households explaining how to best prepare for various major crises. These include terror and cyber-attacks, natural disasters, serious accidents and military conflicts. Those who prepare improve "the ability of the country as a whole to cope with a major strain", the booklet reads. "Think about how you and people around you will be able to cope with a situation in which society's normal services are not working as they usually do," it adds. 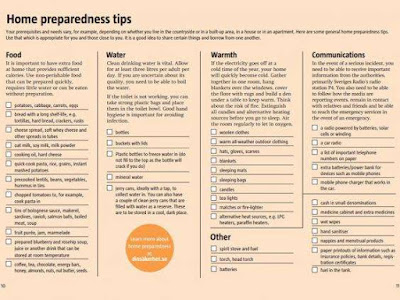 The leaflet also warns that, in a major crisis, the electricity supply may fail meaning your home will quickly become cold.

Here's a really good reason for the booklets, because Sweden coined a phrase and it's an eye opening one!

After an adviser to the Russian President said Sweden's 'Russophobia' could lead to World War III, a former Swedish ambassador to Russia, Sven Hirdman, responded by dismissing him as "just one of hundreds".

Sweden began increasing its military spending in 2016, reversing years of cuts. It also reinstated the military draft last year, citing Russian assertiveness as one of the justifications, and is considering joining NATO. In the event of a “heightened state of alert,” the pamphlet emphasizes the expectation that everyone can be marshaled for Sweden’s “total defense.” “If Sweden is attacked by another country, we will never give up,” the publication reads. “All information to the effect that resistance is to cease is false.”

The illustrated instructions went online Monday and are being sent to all 4.8 million households in the country in the first such public awareness campaign since 1961. The handbook was last updated for government officials’ use during the Cold War, according to the Guardian.

Guy's, if WW3 does break out head for the nearest mountain side bunker!

“Although Sweden is safer than many other countries, there are still threats to our security and independence,” the brochure says. “If you are prepared, you are contributing to improving the ability of the country as a whole to cope with a major strain.”

And i'm going to leave it there, I could literally research this until i'm frothing at the mouth wearing a tinfoil hat with my cell phone wrapped in a crisp packet and hiding in the freezer so no-one can find me! But I won't keep getting you excited as if it's going to happen what the heck can we do about it? Just carry on as normal because the odd's a WW3 happening is like odd's on but, who cares?

When it happens, don't say we wasn't warned by the Swedish government! 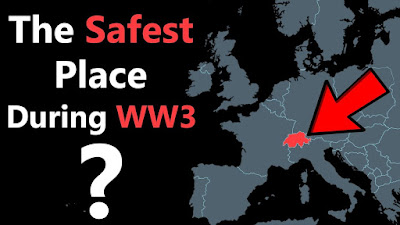 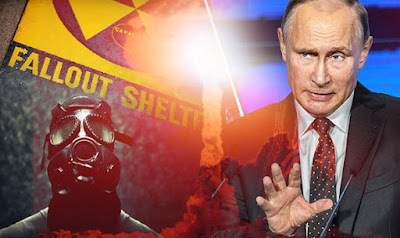 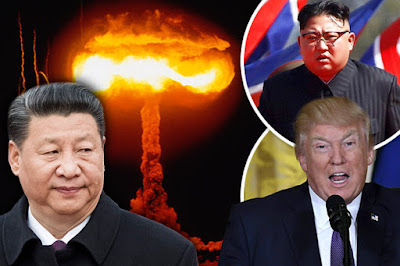 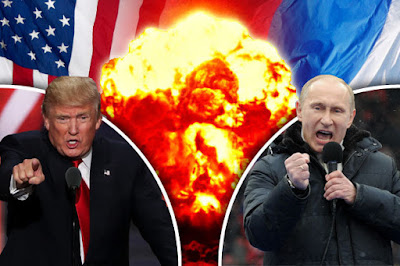 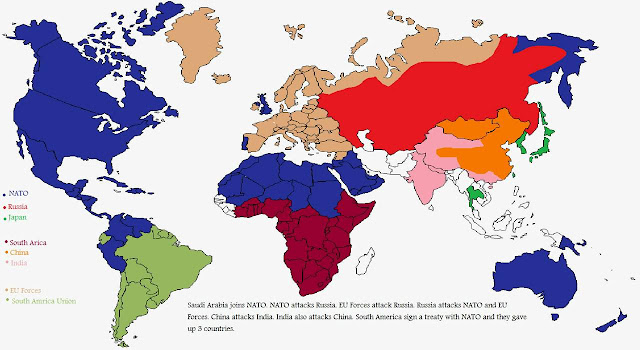 Which one is likely to happen?