Life may have originated on Earth 4 billion years ago, also ancient 40,000 year old skeleton in China

In the new study, William Schopf, a paleobiologist at the University of California, Los Angeles—and the discoverer of the Australian micro-fossils teamed up with John Valley, a geoscientist at the University of Wisconsin in Madison. Valley is an expert in an analytical technique called secondary ion mass spectrometry (SIMS), which can determine the ratio of different forms of carbon in a sample key to gauging whether it’s organic.
Life may have originated on Earth 4 billion years ago, study of controversial fossils suggests In 1992, researchers discovered evidence of what was then potentially the earliest life on Earth: 3.5-billion-year-old microscopic squiggles encased in Australian rocks. Since then, however, scientists have debated whether these imprints truly represent ancient microorganisms, and even if they do, whether they’re really that old. 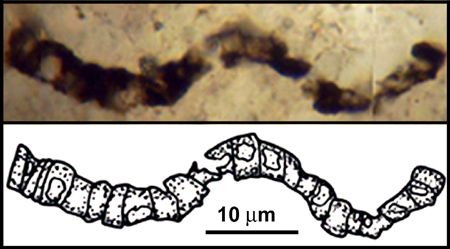 Now, a comprehensive analysis of these micro-fossils suggests that these formations do indeed represent ancient microbes, ones potentially so complex that life on our planet must have originated some 500 million years earlier.

The new work indicates these early microorganisms were surprisingly sophisticated, capable of photosynthesis and of using other chemical processes to get energy, says Birger Rasmussen, a geobiologist at Curtin University in Perth, Australia, who was not involved with the work. The study “will probably touch off a flurry of new research into these rocks as other researchers look for data that either support or disprove this new assertion,” adds Alison Olcott Marshall, a geobiologist at the University of Kansas in Lawrence who was not involved in the effort.


In the new study, William Schopf, a paleobiologist at the University of California, Los Angeles—and the discoverer of the Australian micro-fossils teamed up with John Valley, a geoscientist at the University of Wisconsin in Madison. Valley is an expert in an analytical technique called secondary ion mass spectrometry (SIMS), which can determine the ratio of different forms of carbon in a sample key to gauging whether it’s organic.

Schopf spent 4 months working with microscopes to find a thin slice of the rock that contains the fossils with specimens accessible enough to study with SIMS; that sample contained 11 micro-fossils whose diversity of shapes and sizes suggested they represented five species of microbes. He also provided samples of rock containing no putative fossils for comparison.

Was this ancient person from China the offspring of modern humans and Neanderthals? 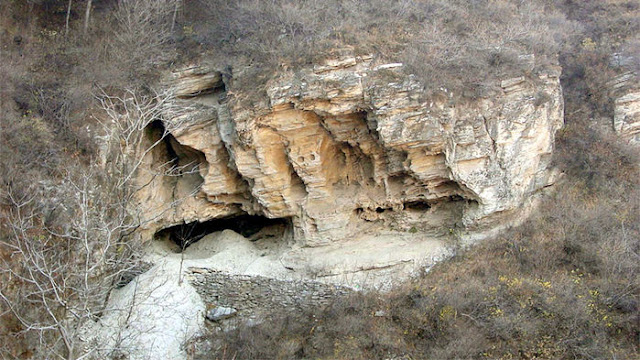 When scientists excavated a 40,000-year-old skeleton in China in 2003, they thought they had discovered the offspring of a Neanderthal and a modern human. But ancient DNA now reveals that the “Tianyuan Man” has only traces of Neanderthal DNA and none detectable from another type of extinct human known as a Denisovan. Instead, he was a full-fledged member of our species, Homo sapiens, and a distant relative of people who today live in East Asia and South America.

The work could help scientists retrace some of the earliest steps of human migration. “The paper is very exciting because it is the first genome to fill a really big gap, both geographically and temporally, in East Asia,” says paleogeneticist Pontus Skoglund of Harvard Medical School in Boston, who was not involved in the work. The first modern humans arose in Africa about 300,000 years ago.


By 60,000 years ago, a subset swept out of Africa and mated with Neanderthals, perhaps in the Middle East. After that, they spread around the world—DNA from ancient humans in Europe, western Asia, and the Americas has revealed the identity of those early migrants and whether they were related to people living today, especially in Europe. But the trail grows cold in eastern Asia, where warmer climates have made it hard to get ancient DNA from fossils.

The new genome sheds some light on those missing years. In the first genome-wide study of an ancient East Asian, researchers led by Qiaomei Fu, a paleogeneticist at the Chinese Academy of Sciences in Beijing, extracted DNA from the thighbone of the Tianyuan Man so named because he was found in Tianyuan Cave, 56 kilometers southwest of Beijing.