Tabby's star is surrounded by cosmic dust, not an alien mega structure WTF

It has been called the “most mysterious star in the universe,” bigger than the sun and yet brightening and dimming in an odd way that suggested to some an alien mega-structure might be circling it. But a study released Wednesday, compiled by more than 100 scientists who have been observing the star named KIC 8462852, puts the alien rumors to rest. Don't be put off though because it's just a proposal just like the one which say's it is an Alien mega-structure? They (the scientists) could also be wrong. 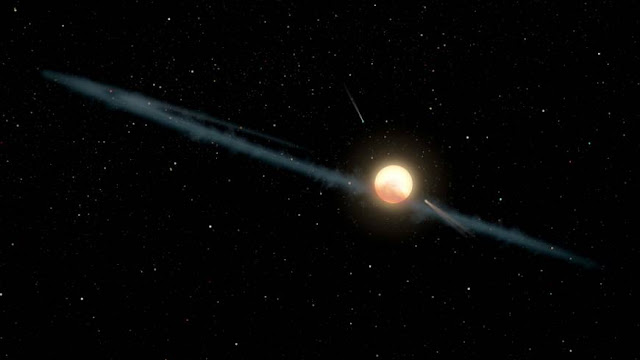 Here is the post:
It has been called the “most mysterious star in the universe,” bigger than the sun and yet brightening and dimming in an odd way that suggested to some an alien megastructure might be circling it. But a study released Wednesday, compiled by more than 100 scientists who have been observing the star named KIC 8462852, puts the alien rumors to rest. Don't be put off though because it's just a proposal just like the one which say's it is an Alien megastructure? They (the scientists) could also be wrong?

“Dust is most likely the reason why the star’s light appears to dim and brighten,” said lead author Tabetha Boyajian, assistant professor of physics and astronomy at Louisiana State University, for whom “Tabby’s Star” is nicknamed. Again, it is just an intelligent guess is all? They have come together with one thought in mind, to debunk the Alien theory and replace it with anything but ALIEN origins? They was never ever gonna accept the Alien version was they?

You can set your cheap Casio watch by it? No self respecting scientist would take the Alien megastructure theory for long! They have an innate urge to twist things. To make it fit if it doesn't fit? If it doesn't comply, make it comply? In other words, they (scientists) cannot leave a theory alone? They have to give an answer to something other than a belief! This is why scientists struggle with religion?

“The new data (apparently) shows that different colors of light are being blocked at different intensities. Therefore, whatever is passing between us and the star is not opaque, as would be expected from a planet or alien megastructure.”

The initial discovery of the star was made with the help of NASA’s planet-hunting space telescope, known as Kepler. Kepler space telescope is quite literally bad ass and detects planets by tracking moments when a star’s light dims as an object passes in front of it. The unusual dips in brightness in Tabby’s Star more than 1,000 light-years away, about 50 percent bigger and 1,000 degrees hotter than the sun aroused global interest.

This basically means that ALL SCIENTISTS ON EARTH will apply known science which applies to Earth and apply it to an alien planet! I know, it means that science on Earth is the answer to all the universes questions which I find really hard to believe because every planet in the known universe is different therefore science on this planet has to be different on Tabbys star? If you don't agree then please explain why you don't agree because that's my answer?

Citizen scientists, known as the Planet Hunters, were the ones who discovered the star’s strange behavior, by sifting through massive amounts of data from the NASA Kepler mission. “If it wasn’t for people with an unbiased look on our universe, this unusual star would have been overlooked,” Boyajian said. More than 1,700 people donated some $100,000 through a Kickstarter campaign to study it further.

Astronomers at the California-based Las Cumbres Observatory watched it closely from March 2016 to December 2017. “We were hoping that once we finally caught a dip happening in real time, we could see if the dips were the same depth at all wavelengths,” said co-author Jason Wright, assistant professor at Pennsylvania State’s department of astronomy and astrophysics.

“If they were nearly the same, this would suggest that the cause was something opaque, like an orbiting disk, planet, or star, or even large structures in space.” The team indeed found four episodes when the star’s light dipped, beginning in May 2017. Even though the team has ruled out any massive alien construction as the cause of dimming, 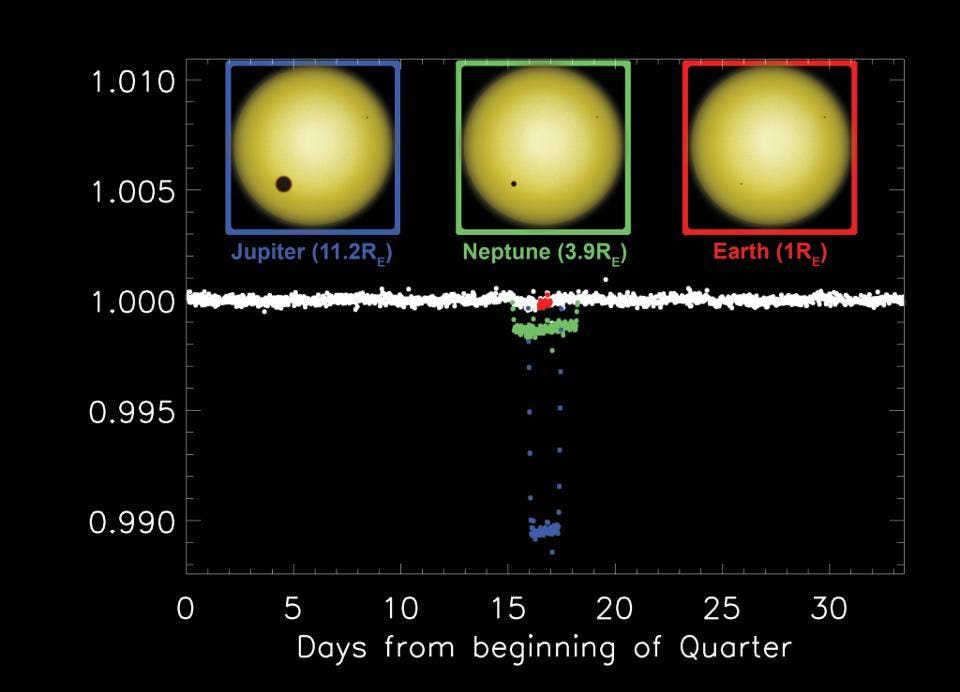