An early example of a Flying Saucer but been created in Paris in Europe. Lot's of related UFO programs was created in Europe. UFOs are very real.

A 3/5 scale model of a proposed VTOL 'flying saucer' aircraft, the Couzinet Aerodyne RC-360, on display at a workshop on the Ile de la Jatte in Levallois-Perret, Paris, 1955.

Here's just a few Flying Saucers or Flying Disks which the military industrial complex tried to "recreate" with extremely limited success. Was any of the many programs successful, maybe? What did they learn, that the right technology just wasn't available. Even though they knew all to well that they did work, they then realised that Extraterrestrials were way ahead. 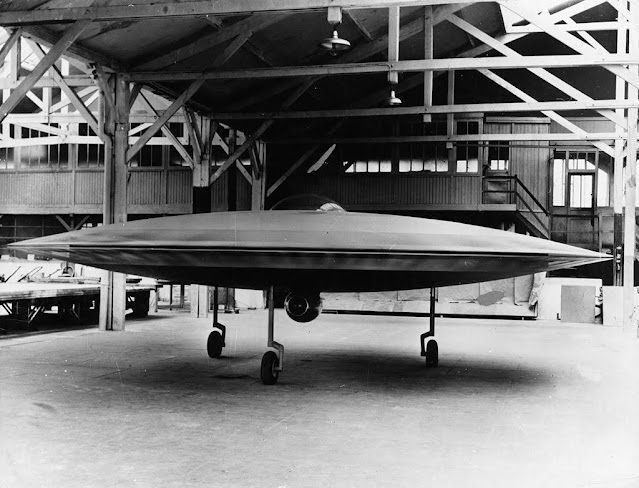 Designed by French aeronautical engineer Rene Couzinet (1904 - 1956), the Aerodyne was to feature two contra-rotating crowns of 96 small wings rotating around a motionless cockpit. These were to be powered by six 180 HP Lycoming engines in three pairs. Horizontal propulsion was to be provided by the jet engine, which can be seen mounted under the cockpit. The aircraft was refused government backing, however, and never reached the prototype stage. 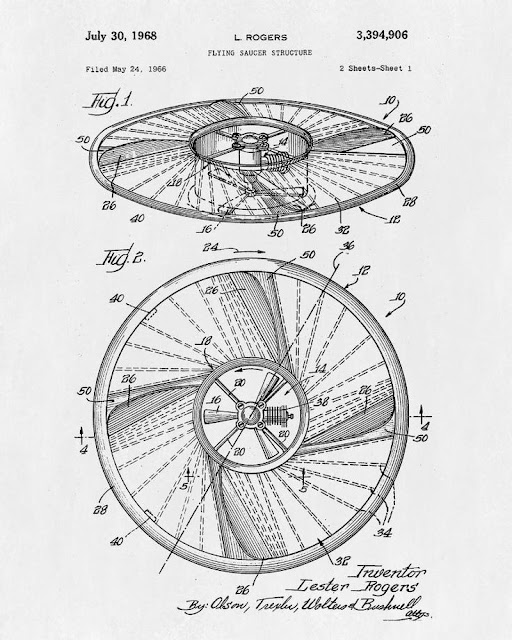 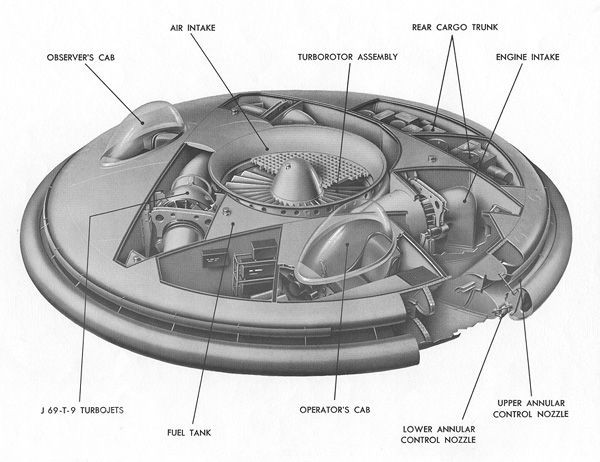 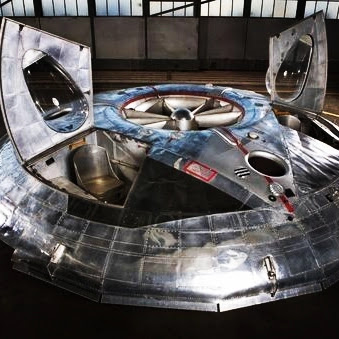 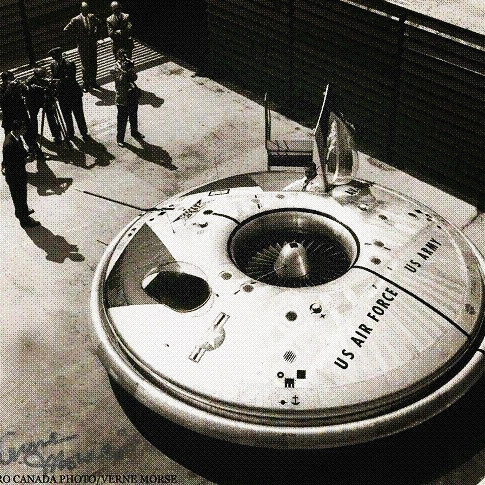 To research UFOs and Aliens plus Flying Saucers, it's a case of keep an open mind because believe me, you really don't know who's who and who built what! Just when you think you've got it all worked out, you really haven't.