Has NASA Found Aliens And What Are They Doing To Look For Them?

Aliens might just be real, NASA are actively looking for life in the cosmos! We can find solace that while they say Aliens don't exist on Earth, they concede that there might be Aliens in space and considering space technically starts at 60 miles away, then Aliens could be "technically" 60 miles away, but not on Earth?

A TEAM of NASA funded scientists have discovered dozens of potentially habitable planets capable of sustaining alien life and atmospheric seasons reminiscent of those on Earth.

The groundbreaking discovery far outside the solar system has UFO hunters across the globe excited. Researchers at the University of California (UCR), Riverside's Alternative Earths Astrobiology Center, are now developing the tools to detect biosignatures on the distant exoplanets. The scientists outlined their findings in the journal Astrophysical Journal Letters, under the title “Atmospheric Seasonality As An Exoplanet Biosignature”. They will seek to scour the planets with a new generation of space telescopes that measure the atmospheric compositions of the planets many light years away. 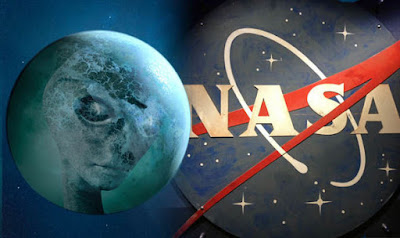 According to lead author Stephanie Olson, atmospherics are one of the most promising fingerprints of life on these alien worlds. She said: “Atmospheric seasonality is a promising biosignature because it is biologically modulated on Earth and is likely to occur on other inhabited worlds. “Inferring life based on seasonality wouldn't require a detailed understanding of alien biochemistry because it arises as a biological response to seasonal changes in the environment, rather than as a consequence of a specific biological activity that might be unique to the Earth.” In the paper, the scientists looked at the cyclical formation and destruction of gases such as oxygen, carbon dioxide and methane through the seasons.


They similarly outlined and modelled the atmospheric fluctuations of oxygen on potentially habitable planets with a low content of oxygen.

The findings were achieved with the help of funding from the NASA Astrobiology Institute. Edward Schwieterman, a NASA Postdoctoral Program fellow at UCR, stressed the importance of accurate measurements. The space boffin said ambiguous data collections from across the galaxy are one of the biggest challenges faced by scientists in the hunt for alien life.

He said: “I’s really important that we accurately model these kinds of scenarios now, so the space and ground-based telescopes of the future can be designed to identify the most promising biosignatures. “In the case of ozone, we would need telescopes to include ultraviolet capabilities to easily detect it.” The expert added the presence of both oxygen and methane on these alien worlds is a “promising biosignature” but there are ways they can be produced naturally without the need for life. However Timothy Lyons, a professor in UCR's Department of Earth Science, underlined the work fundamentally advances the search for life on distant worlds. 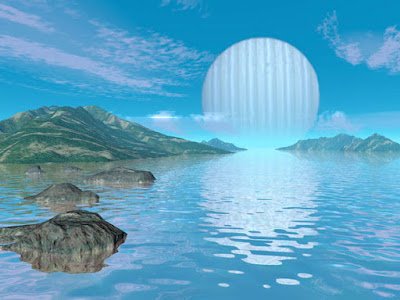 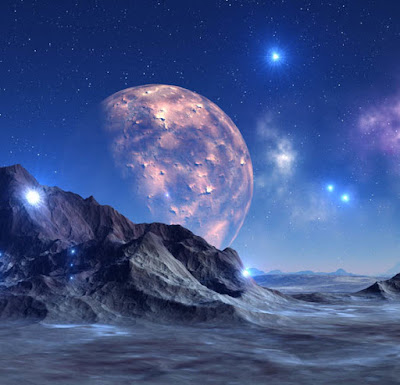 He said: “We are particularly excited about the prospect of characterising oxygen fluctuations at the low levels we would expect to find on an early version of Earth. “Seasonal variations as revealed by ozone would be most readily detectable on a planet like Earth was billions of years ago, when most life was still microscopic and ocean dwelling." Dr Olson similarly remained positive longer observations of these planets’ atmosphere could yield progress towards “characterising” biosignatures indicative of life outside of Earth.


NASA's plan to communicate with ALIENS

Media on Voyager 1's analogue record has message for aliens. 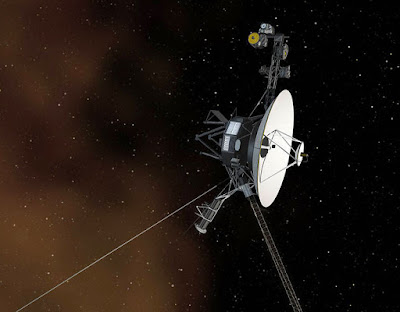 Voyager 1's gold record of Earth images is likely to be first to meet an alien
Voyager 1 was launched by NASA on September 5, 1977
Voyager 1 is the farthest human-made object from Earth 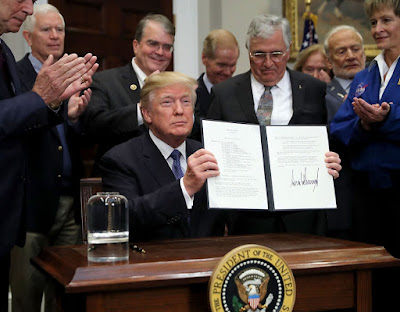 President Trump signs order directing NASA to send Americans back to the Moon and Mars.

So what has NASA been up to and what is the picture like for someone who doesn't know exactly what looking for Alien planets is like? I found this public domain video which gives us a really good idea of just what they use, how they use all the tools at their disposal? It's interesting stuff once one realises just how complicated, how far the distances and what kinds of computing powers is needed to decipher all the incredible amounts of information and data that is streaming in to their camp on a daily? No wonder they need huge data banks and the biggest, brightest and literal genius minds available to render all that information in to readable, understandable and visual information?
Amazing!

Hubble Observes Atmospheres of TRAPPIST-1 Exoplanets in the Habitable Zone.

Astronomers using the Hubble Space Telescope have conducted the first spectroscopic survey of Earth-sized planets in the TRAPPIST-1 system's habitable zone. Hubble reveals that at least the inner five planets do not seem to contain puffy, hydrogen-rich atmospheres similar to gaseous planets such as Neptune. This means the atmospheres may be more shallow and rich in heavier gases like carbon dioxide, methane, and oxygen.

This video is public domain and along with other supporting visualizations can be downloaded from the Scientific Visualization Studio at: https://svs.gsfc.nasa.gov/12844