Highest Concentration Of UFO Encounters In The USA

Mapped reports of UFOs within the USA. Here you will find an extensive source of information on Ufology reports.

Americans are concerned enough about extra-terrestrial life forms to have taken out alien abduction insurance.

UFO sightings across the US have become an almost daily occurrence and are on the rise since the 1940s, but certain states seem to be more welcoming to extraterrestrial visitors than others. Here is a map of the most likely place in the USA to see UFOs. 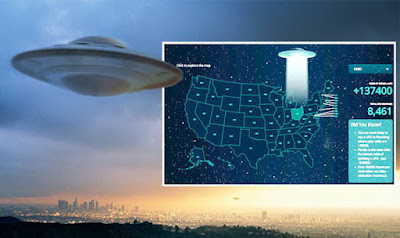 Researchers at Casino.org trawled back through decades worth of UFO sightings to narrow down the highest concentrations of alien encounters in the US. The team behind the ambitious study have now shared their data with Express.co.uk alongside a map of the 50 US states. Editor David Sheldon, exclusively told Express.co.uk the US is one of the world’s leading hotspots for UFO sightings. He said: "While many of us are quick to dismiss UFOs as being the stuff of science fiction, there have actually been over 250,000 recorded sightings of UFOs in the USA alone.

“In addition, over 40,000 Americans are concerned enough about extra-terrestrial life forms to have taken out alien abduction insurance. “And the US government takes them seriously enough to have set up The Advanced Aviation Threat Identification Program, elements of which are still classified. “If you are concerned about lights in the sky, we strongly recommend you move to Florida which enjoys the lowest odds of UFOs streaking across the night sky.” You can explore Casino's interactive UFO sighting map by clicking here. 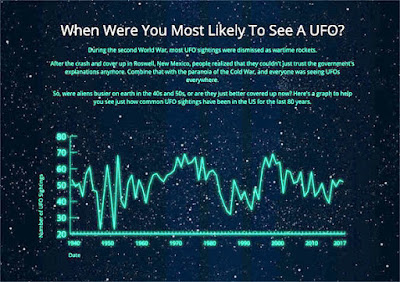 According to Casino’s research, you are most likely to stumble upon extraterrestrial phenomena in the states of Wyoming and Vermont. Over the past 78 years, more than 2,854 and 2,493 sightings were reported in the two states respectively, giving them both odds of 250/1. Montana with its population of over one million people, came in close third with 4,179 sightings and population-based odds of 252/1. The other states to fill out the top 10 list are North Dakota, Alaska, Hawaii, New Mexico, Rhode Island, New Hampshire and Maine.

In the state of Maine, which boasted a population of 1.3 million people in 2017, just over 3,600 sightings were reported since the last century. In total, Americans have claimed 259,691 UFO sightings over the years. According to Casino, the fear of alien invasion has prompted more than 40,000 Americans to take out life insurance against UFO abductions. In Texas alone, the number of alien sightings is double the population of the island of St Helena - which is interesting because Texas features second on the list of top 10 least likely states to encounter a UFO. 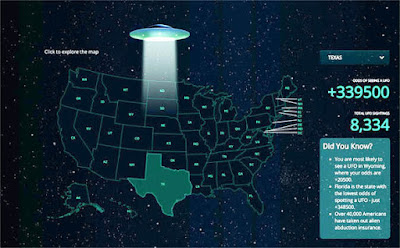 The rest of the least likely states to see an alien are:
Pennsylvania
Tennessee
Arizona
New Jersey
Michigan
Maryland.

The government was taking the UFO "threat" seriously and are probably still doing so because these people who work for the government cannot just turn off their inquisitiveness just like that? There was a real authoritive department within the US government that was set up and was actively seeking or on the look out for evidence on and for, witness testimonies, witness reports, near misses and yes any and all threats regarding UFO behaviours?

It makes me think that they might just know more than we do "at this point" and even though their investigations were made public and the actual department was public and not a classified secret or a shady looking bunch of team members all lurking in the shadows chain smoking (X Files reference there) it makes me think that something pushed them over that line to go from supposedly not believing in UFOs to possibly believing in UFOs and actively looking in to UFO reports and my thinking is this. 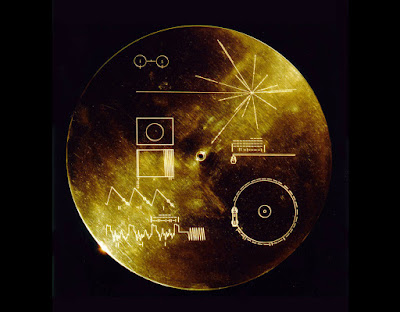 They have numerous recovered crashed UFOs, so why not have the public assist them in recovering UFOs because the last thing they want is to miss a UFO that has crashed and have the press or someone with a camera record it on their phone and that would be bad news for them! But would it be bad really? The so-called cat would be out of the bag then but that means they can then "handle the witnesses" and "shadow the witnesses" (follow them) or even silence the witnesses?

Maybe In this way by allowing the public to inform them of UFOs they can use technology like they do use all the time in crimes to predict where the next crime might take place i.e the next UFO sighting might take place? Some criminals are "creatures of habit" and because they can now find patterns in his/her behaviours they could surprise the UFO by being there waiting for them?

So it makes sense to me that if they can crunch the numbers and lay in wait for the next UFO (maybe) and maybe that's why we've seen some UFOs even been escorted by fighter jets? It makes complete sense to me! 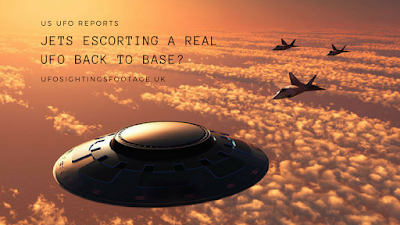 Predicting a criminals behaviour (just like this post is about where your likely to see a UFO) is one thing but predicting the whereabouts of an Aliens Spaceship to be in a specific place is another, but it's not that unbelievable once we put this real technology in place? But lets just say for a second that this Alien object, satellite, drone or object(s) is on a set course, a preset and preplanned mission then it makes sense that it can be figured out and apprehended!

IT IS POSSIBLE TO NARROW DOWN THE STATS AND PREDICT PRECISLY WHERE A UFO WILL BE AND I STAND BY THAT.

Snap the cuffs on and take them to the underground or underwtaer bases for debriefing and recovery of any and all information through probably whatever new or old means possible? If they eat cats then get them cats? If they eat cows genitals then get them cows genitals? Why I say that is because of the cattle mutilations which have been happening right across the United States and it could be a delicasy to the Aliens?

Why else are they doing it? To replenish their own beef stocks through DNA manipulation and experiments? Back on their own planet this could all be their last hope for survival and would we want to stand in their way just because we have a few laws about not destroying a cows udder? We destroy several millions everyday for the love of meat?

Boo yah! That to me, is the icing on this cake of a post?

The Advanced Aviation Threat Identification Program (AATIP) was a secret investigatory effort funded by the United States Government to study unidentified flying objects, but it was not classified. The program was first made public on December 16, 2017. The program began in 2007, with funding of $22 million over the five years until the available appropriations were ended in 2012.